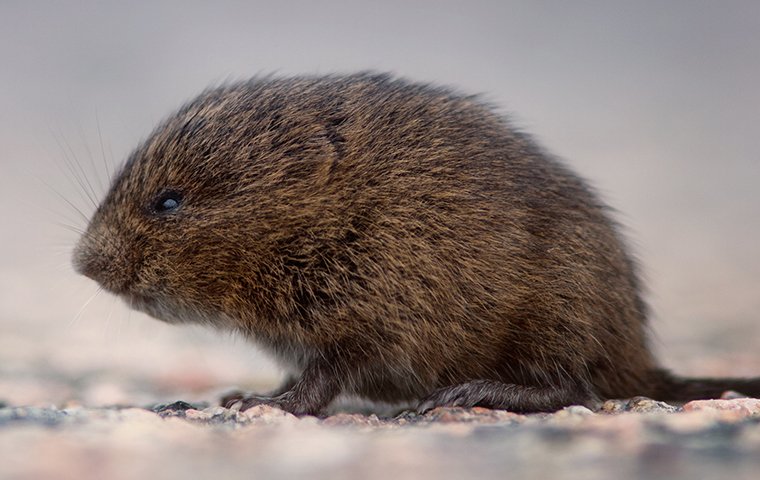 Did you know that voles are rodents? They can be found all throughout North America, and they frequently get mistaken for house mice.

Voles live in gardens, meadows, forests, grassy areas as well as beside rivers and lakes.

Are voles dangerous? Well, it depends on how they act around humans!

The truth is that their droppings can quickly pollute your property by transmitting parasites. Vole droppings are a danger not only to people but also to cats and other household pets.

Voles have teeth and can bite you if they feel threatened. They may also harm your plants, lawn, garden, landscape, foundation, and all of your vegetables.

Are voles dangerous? Voles aren’t usually hostile, but they can cause harm by transferring illness and sickness through their excrement and urine.

Voles are not a danger to humans, but people should still take precautions against them because of the potential for exposure to parasites that could make us sick.

Signs of a Vole Infestation

The signs of a voles infestation are very distinct and can be easily seen if you know what to look for.

There are three main ways to identify an active vole infestation:

Above-ground runways, tunnels, and golf-ball-sized entry holes dug down to a depth of approximately 12 inches.

The runways are usually visible in grassy areas, are about an inch wide, and can be seen by the naked eye.

Vole tunnels are concealed by mulch, shrubs, fresh grass clippings, or plant seeds, so they may go undetected for quite some time if you don’t know what to look for.

Another telltale sign of a vole infestation is the wilting and yellowing of your plants.

If you see any of these signs, it’s likely that you have a vole infestation and should take action to get rid of them.

Don’t let voles damage your property or harm your loved ones – call a professional today!

If you ever spot a vole outside of your home, you might mistake it for another animal such as a mouse or rat.

Voles come in a variety of colors, from brown to black, and can be found all over the world.

They have short tails that are usually hidden half of the time by their fur.

Their adult size ranges from about five to eight inches in length, and they have short, thick bodies with tiny legs.

They also have small black eyes and well-developed ears. 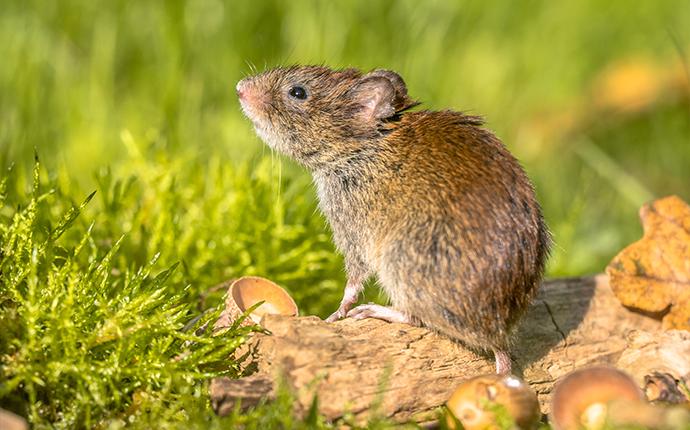 There are a few different ways to get rid of moles and voles in your yard, depending on which method works best for you.

One way is to set up traps around your property.

There are both lethal and non-lethal traps available on the market, so be sure to do your research before purchasing one.

Another option is to use poison bait.

Be sure to place it in an area where your pets and children cannot get to it.

You can also try using a repellent.

There are many different types of repellents available, so be sure to find one that works best for you.

If you simply eliminate their food, they will all seek out another region that provides a decent food source.

Voles like to eat plants, so consider planting some in your yard if you have an area where voles are congregating.

You can also use vehicle exhaust or pet waste as a repellent for these pests.

The fish scent is another option and is disliked by voles.

You can use noise deterrents such as a radio or ultrasonic devices to keep them away.

Also Read: How To Get Rid Of Ground Moles With Dawn Soap

Moles and voles are actually two different creatures, even though they are often confused with one another.

Voles are small, mouse-like rodents, while moles are much larger with a pointed snout.

Voles are not dangerous, but moles can be a serious problem for your garden.

Because they eat away at the roots of plants, causing them to die off quickly.

Unfortunately, trying to trap or poison moles is usually ineffective and may actually kill other animals in the process if you don’t know what type of mole you’re dealing with.

If you find a vole problem, just trap them and release them elsewhere.

They won’t cause any damage to your plants.

Moles are not dangerous to humans, but they can be damaging to gardens.

If you have a mole problem, the best way to get rid of them is by trapping them or using a mole deterrent.

If you’re not sure how to get rid of moles, contact a professional.

Can You Catch A Vole in A Mousetrap?

Using mouse traps to capture voles in your yard or garage is the most practical DIY approach to permanently eradicating these tenacious pests.

The major drawback to this strategy is that catching an entire group of voles in large numbers is extremely difficult and time-consuming.

It’s a good idea to line up two traps end to end if you’re confident about the exact location of the voles.

This will cause the voles to come and go, eventually trapping them.

Voles also called meadow mice and field mice, are a perennial problem for homeowners and gardeners.

If you’ve had problems with these varmints in the past, we want to remind you that there is hope!

Trying natural solutions before killing the voles can be an effective way of protecting your lawn from this rodent menace.

As a result, resist them in whatever way you can.