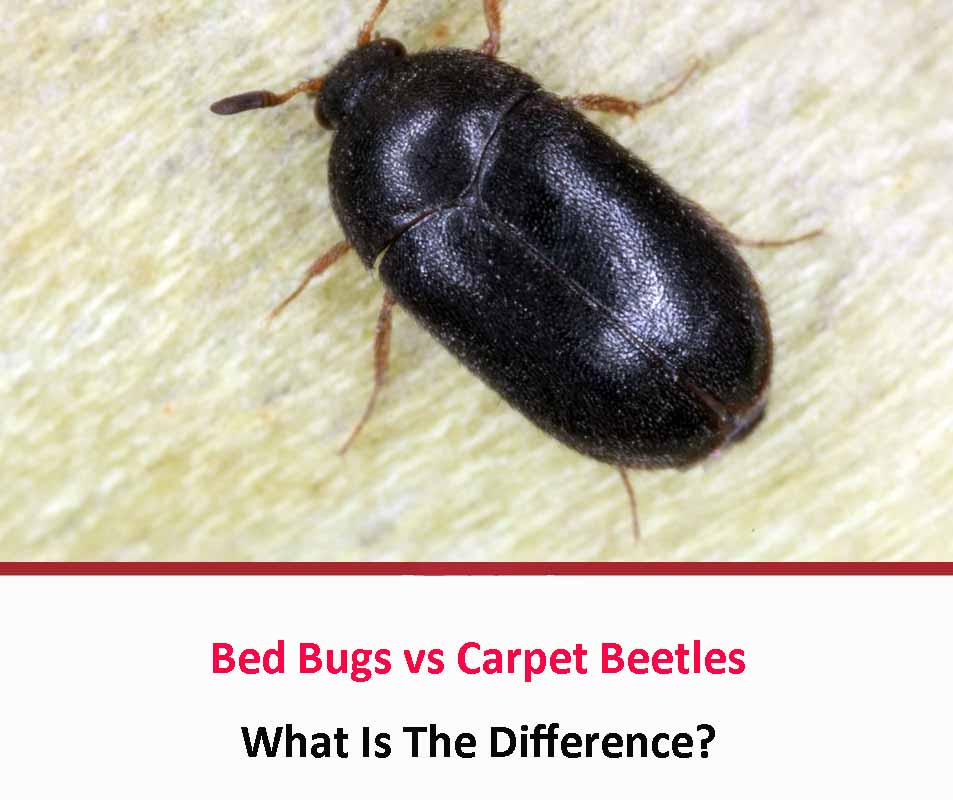 If you notice a small bug on the mattress or inside your house, you believe it’s a bed bug. And bed bugs are tough to notice since they are so tiny, especially if you only see one or two. The reported bed bug is frequently a carpet beetle. In addition, carpet beetles are less dangerous than bed bugs, but it’s crucial to know how to tell the two apart.

Continue reading to learn how to spot these two insects in the house. 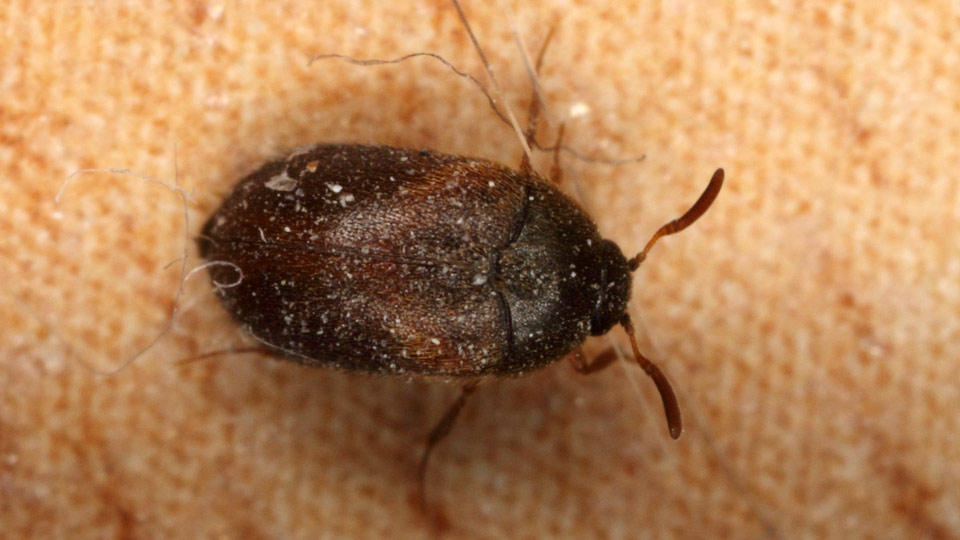 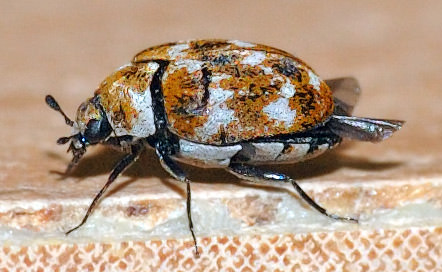 Small brown bugs that dwell in bedding and mattresses are known as bed bugs. Their color ranges from light brown to dark brown. When they eat, they have a particularly black appearance. They are equal to the size of a seed of an apple. They have six thin legs and two tiny antennae that protrude from their heads at right angles.

The pattern on their back is one of its distinguishing traits. Carpet beetles and ladybugs have shells, but they don’t have one. They have a flat, rounded, and long abdomen. And it has horizontal lines flowing across their abdomen. This is due to the fact that it is extensible, allowing the bed bug to eat. When they eat, their abdomen can be expanded, stretching out longer and longer.

Bed bugs and carpet beetles reproduce quickly and can hide for a long time before noticing them in your house. Of course, the primary distinction between these two pests is their habits and behavior:

Can You Have Carpet Beetles and Bed Bugs Together?

It is because carpet beetles can consume other dead pests, so if there are a lot of dead bed bugs in your house, it is possible to control the carpet beetle infestation.

However, there is a frequent misunderstanding about how carpet beetles and bed bugs are caught. If your house is dirty, then it is more chance to get them.

How to Get Rid of Carpet Beetles and Bed Bugs Naturally

How to Eliminate Bed Bugs Naturally

It is similar to get rid of bed bugs and carpet beetles. There are two options. And the first is to remove them naturally and then prevent them from approaching you during the night. The Solutions include:

How to Eliminate Carpet Beetles Naturally

It’s easier to kill carpet beetles than killing bed bugs. But the carpet beetles are not good at hiding, and they can be found and trapped easily because they prefer to get out for food. Begin by carefully cleaning the carpet and any furniture.

You need to use this method several times a week. After vacuuming each time, clean the vacuum cleaner and get the garbage outside that can prevent pests from re-infesting your house.

You may need to take more extreme measures if the infestation is especially bad. If you have a lot of holes in your garments, pack them safely and throw them in the washing machine at once. Launder them at a high temperature since this way will ensure that both larvae/eggs and carpet beetles are killed.

Finally, put the traps in the infested areas. Pheromones are used in the traps to attract the carpet beetles. Any carpet beetles that you didn’t catch with vacuuming will be drawn out by these lures.

Suppose you can’t end the infestation of the carpet beetles after using all these methods. Then, you can use an insecticide spray. To guarantee that you can remove carpet beetle and avoid the adverse effects, follow the directions on the spray.