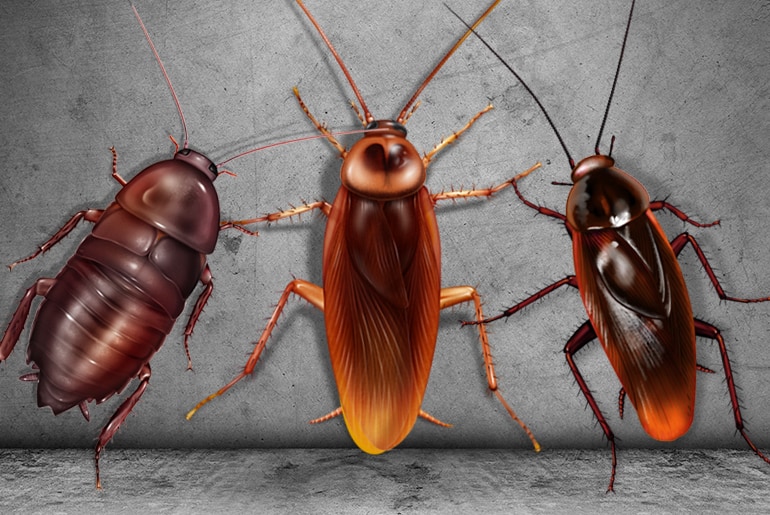 Among us, there are several insects that most dislike or frighten us. Finding them around our houses or corners is a tragedy, especially if they are cockroaches and beetles. Being the most common in our homes, they are attracted to food or another dark place.

These insects are agile to hide or sneak in the house’s smallest spaces and, sometimes, to appear walking. This makes people despise them even more and want to know more about them to avoid or exterminate them.

How To Identify A Cockroach?

Cockroaches turn out to be the worst enemy in every kitchen. They are insects with a very unpleasant appearance for people. There are many species of cockroaches, but none turn out to be pleasant to the eye. The most populated in the world is the American cockroach; they are all the same; they only differ by their place.

Cockroaches are about an index finger and even longer when they are adults. They have six legs, a head with huge eyes, and a pair of long antennae. They have developed reddish-brown wings and some dark spots on their thorax.

The wings of a cockroach protect them with a shell or shell that appears hard but turns out to be as fragile as paper. Of all the cockroach species in some, males have double sets of wings, and females do not have wings. And it also turns out that others cannot fly.

The color of a cockroach depends on whether it is male or female; it changes from reddish to brownish. Of the million species that exist worldwide, the ones that are most commonly found near homes are approximately ten species of cockroaches.

It is a type of insect with nocturnal habits, that is, they travel at night. When a cockroach is found, they may find more hiding, the females usually quickly produce up to 150 young in a year. They invade places such as drains, basements, bathrooms, and kitchens searching for food and water.

How To Identify A Beetle?

The ways to identify Cockroaches and beetles are many, there are approximately 400,000 species of beetles, and they also have a different appearance. They live as larvae for a time but then migrate into houses and die in windows, on their windowsills. They even lodge in the flowers in the garden of the houses.

Some beetles have two pairs of wings; they have a solid outer body that protects the surroundings’ inner wings. They have six legs, and some beetles cannot fly.

Their size varies; they can measure 6 inches, and others can be tiny. Some beetles have vibrant colors like a ladybug, but others are dark black or brown.

They are insects that have a very different diet depending on the species. Some beetles eat wood, carpets, or seeds and leaves; others often eat manure and fungi.

You can identify that you have an invasion of beetles because they damage the crops, trees, or flowers.

They are usually a nuisance in your home, but they also cause problems that affect your family’s health because of their presence. Small or large, they can transmit high-risk bacteria. Since they walk a lot, saliva or waste can contaminate food, causing possible poisoning or infection.

Based on studies, these insects harbor viruses and bacteria, from salmonella to staphylococcus, in their system. Also, if they have a huge infestation in their home, they can cause allergies in the environment.

They can eat anything that gets in their way, but they mostly eat starchy foods. They can be detected in the home if they find damaged paper or glue. Cockroaches can even start fires and damage electrical circuits because they tend to sneak into small places.

Cockroaches are very cautious animals, who tend to walk anywhere that provokes them to find something to eat. It is essential to keep them away from home, since they reproduce very quickly, causing irreversible damage that affects your health or family members.

From birth, beetles as larvae cause problems and are the most significant. These are found in your home, in all places made of wood or carpet. There is a species of beetles that live in wood and can last up to 10 years there. When it is an adult beetle, it causes all kinds of damage to wood.

Carpet beetles are often not recognized by people because they are mistaken for moths. The problems they cause on carpet or wood are because they have a jaw or a pair of very hard teeth at the mouth’s opening. This characteristic means that they can bite materials such as the neck, rugs, and many other fabrics. Also, they can chew dead organisms better than clothes moths.

They can not only cause damage to wood. Adult beetles can sneak into gardens and feed on plant fibers in flowers, such as petals or crops.

Beetles do not transmit disease, but these insects’ large presence in your home can be costly. They are the expert insects in making disasters that, at first, you do not notice, but that will affect your home at some point.

How To Get Rid of Cockroaches And Beetles?

If they cause problems that harm your health or your home, you have to kill Cockroaches and beetles.

It is very easy to eliminate cockroaches since they are food seekers, and if you remove them, they will not go to your house. You should keep all surfaces clean and free of waste or food crumbs on kitchen counters, bedrooms, and dining rooms. Put the food in closed containers, so you don’t attract them. Disappear holes or cracks in windows, doors so that they cannot have access to your home.

Most of the people when they have a roach invasion or want to avoid them use natural repellants. These products are made from bay leaves, cucumber slices, and garlic that are great for scaring away. They place them on countertops, counters, pantries, or dark corners of the house where they can live. The advantage of using these products is that you can have a fresh-smelling environment and a roach-free home.

We know that beetles do not transmit diseases, but they can cause big problems in the house. To protect your exteriors from ground beetles, you should make protective barriers in the garden. Plug and seal any cracks in the foundation, windows, or doors.

There is a diverse variety of products that allow you to keep these insects out of your crops or flowers’ reach. Placing them around your garden is an effective control to avoid these pests.

The beetles feel an attraction for the lights since they are animals that transit at night. So if you have lights in the garden, he recommends swapping them out for less attractive bulbs. For people who have exteriors, these are excellent tips for getting rid of beetles.

BeetlesCockroachespests
Previous Post Possums Vs. Opossums: Know The Difference Between Both Animals
Next Post Cockroaches Vs. Wood Roaches