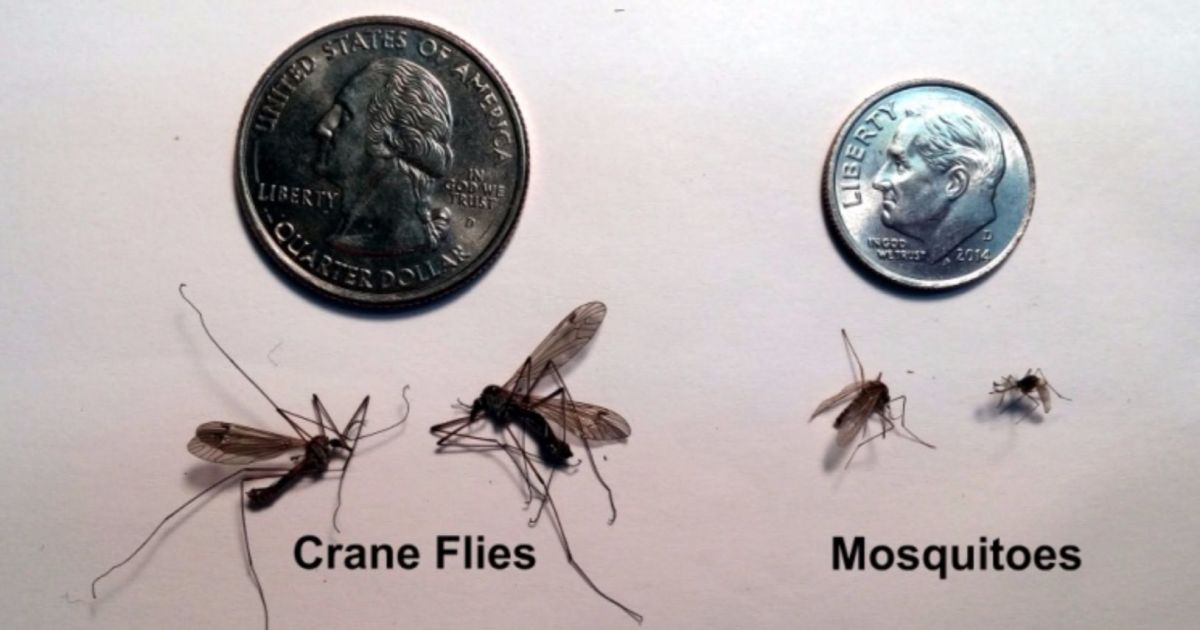 Among the most common pests are mosquitoes, as they can be found in your home both indoors and out. Despite their tiny size, mosquitoes cause very annoying bites that can cause swelling and itching. Each person who is bitten by a mosquito may experience a different level of pain.

Apart from mosquitoes, crane flies, also known as mosquito hawks, are also very popular. For some people, crane flies are mosquitoes or bed bugs that feed on mosquitoes. But the reality is that crane flies do not damage and seek to live in spaces where there is a lot of darkness.

Crane flies are believed to belong to mosquitoes species, as the adult ones are very similar to them. Crane flies, as their name says, belong to the species of flies. This insect does not feed on mosquitoes, and neither do they eat humans or other animals.

Many people think that by being the crane fly on their property, it can kill the mosquitoes, but this will not be possible. On the other hand, there are mosquitoes, and these if they seek to feed on the blood of other animals to survive. There are many differences between mosquitoes and the crane fly.

But also, these two species have some similarities.

The first thing you need to know is that the crane fly does not bite, so you should not worry if you see one nearby. This insect does not feed as its only function during its life is to mate and reproduce. The highest concentration of crane flies is found in North America as they prefer aquatic and semi-aquatic areas.

Although the crane fly does not harm humans or animals, this insect can damage lawns. Crane flies are large, so they are easy to spot as they have a slim, brown body. The legs of this insect are very long, as well as its pair of brown wings.

The crane fly has a pointed head, and at the end of its abdomen’s tail, it has six lobes very similar to the fingers. During spring, crane flies usually attack lawns and feed on the roots and leaf blades. The crane fly will search the grass:

If you do an inspection on your lawn that is in these conditions, you will be able to notice the presence of larvae that will later become the crane fly.

Mosquitoes are scattered throughout the world, and their existence was more than 30 million years ago. Mosquitos have several sensors, and this is why they are so smart to feed and bite:

Sensors are located on the head of the mosquitoes next to the apparatus used to bite and bite. In the thorax are its six legs, the union of its pair of wings, the heart, the flight muscles, and the ganglia of the nerve cells.

The abdomen is another area that makes up the body of mosquitoes, and in it are the excretory and digestive organs. There are more than 2,700 species of mosquitoes in the world, and most of them live in the United States. To become adult mosquitoes, mosquitoes first go through several phases, and depending on the species will be their life span.

If a mosquito bites you, you should immediately wash the area, and it is preferable not to scratch. A mosquito bite can be more harmful than it sounds, as it can cause certain diseases:

Mosquitoes and the crane fly have some similarities, as they are both flying insects and live in water during the larval stage. Another common characteristic is that they are found worldwide and in some areas that are considered pests. But both insects are also differentiated by some features:

Mosquitoes must feed to survive, and in the case of female mosquitoes, they need to feed on lipids and proteins to lay their eggs. Mosquitoes also feed on humans and animals and can cause certain diseases.

Crane flies do not feed on humans, much fewer cause bites. This insect only seeks to feed in its larval stage, since the adults do not have a long life span. The crane fly can feed on plant matter, and by not biting, they do not transmit any diseases.

When infestation, mosquitoes can quickly settle in your home if you have nearby drains or plants where water collects and becomes stagnant.

The crane fly will only be able to enter your home on some occasions accidentally, and it will not stay for long. The life cycle of the crane fly is very short, so they will not stay on your property for long or cause any damage.

Also Read More: How to Get rid of Crane Flies in Your Lawn

The crane fly turns out to be harmless to humans, while mosquitoes will seek to attack it every time they can. The crane fly will live for a few days, and if you see any of your sows, you don’t have to worry. If both insects are compared, it can be said that the mosquito is much more dangerous than the crane fly.

Mosquitoes are a very annoying pest as they seek to feed on your blood, even your pet’s. So if you notice the presence of this insect in your home, you should find a quick way to get rid of them. Mosquitoes bite strongly, and if you have sensitive skin, you will have a very red welt once you have been bitten.

The worst thing about mosquitoes is that they can cause deadly diseases, and that is why an infestation of this insect will be a severe problem. You do not have to worry about the crane fly since although they seek to feed on the leaves and grass, they cannot cause as much damage as mosquitoes.

Domestic pests such as mosquitoes can be controlled, as well as the crane flies so that when you are in your home or your garden, you can have a quiet moment.