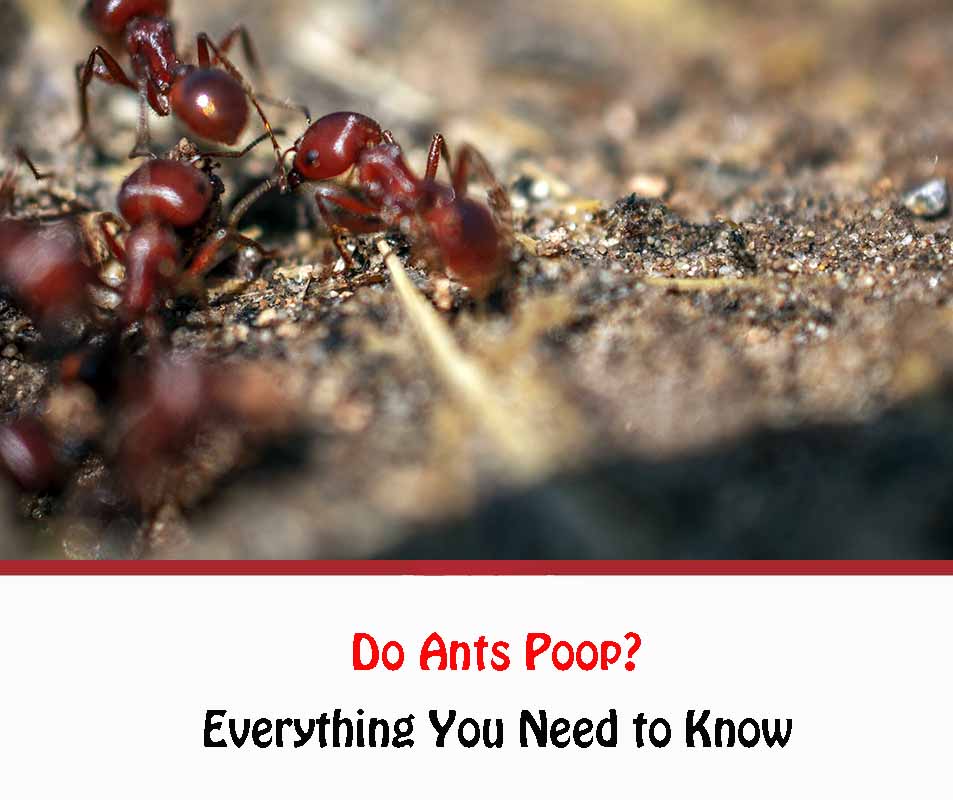 Yes, the ants do, in fact, defecate.

Like humans, ants are also picky about where they defecate.

Ants will only defecate in a certain area of their nest.

You’re unlikely to find their excrement since they don’t like pooping in other unknown areas.

You’re unlikely to find their excrement since they avoid pooping in other unknown areas.

Ant feces are like little black or brown streaks or patches.

Because ants prefer to defecate within their nest, these patches are difficult to find in the natural world.

Even if you find an ant nest, the ant droppings are inside the nest.

Creating ant nests in the containers is the most frequent method to study ant droppings.

You can offer the Food coloring to the ants so that it can make the droppings easier to see in the containers.

Where do Ants Poop? 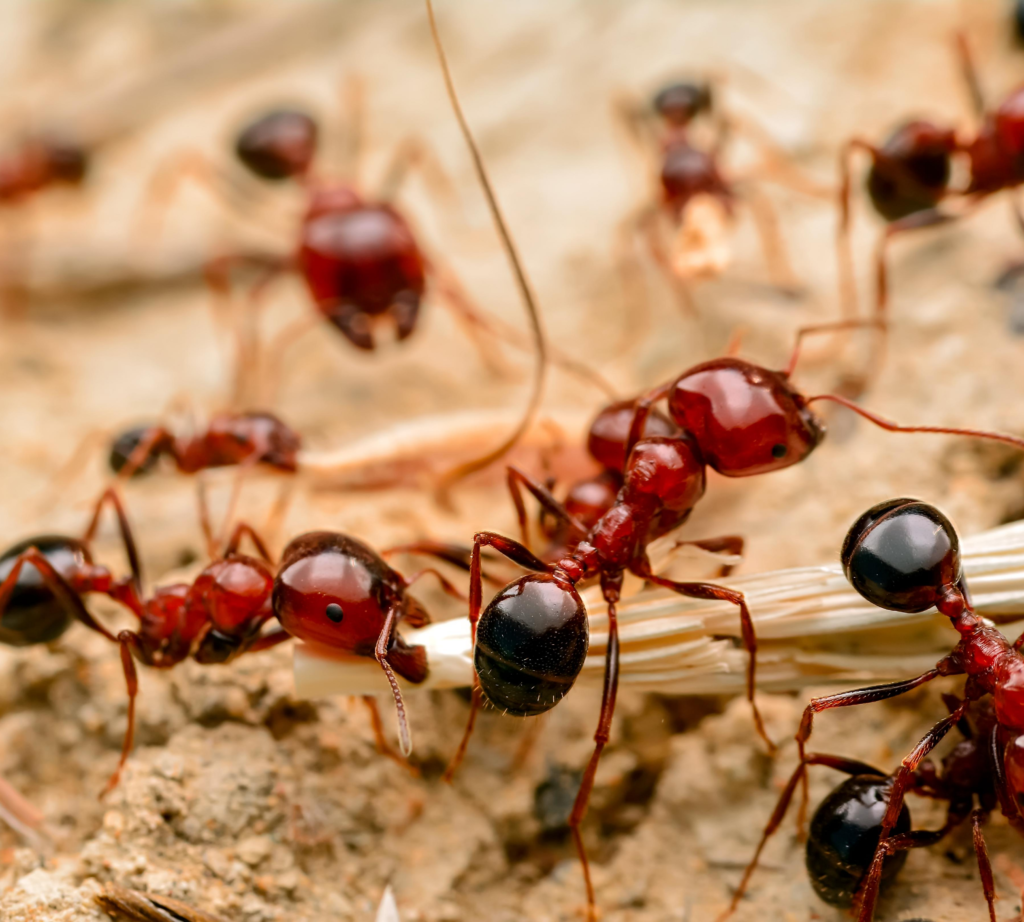 According to some studies, ants, like humans, defecate in a designated area.

A restroom may be found in the ant’s nest, usually in the corner of the nest.

To keep the nest clean, all of the ants will defecate in the same area.

The study does a lot of research about 23 ant colonies and reveals that all of the ant colonies can defecate in the same place.

The cleanliness is consistent with the living circumstances of other ants.

Ants, for instance, save the new food in a specific place inside their nest.

They also collect the deceased ants from their colony and then place them outside the nests, like a cemetery.

Are Ants Attracted To Poop?

Ants aren’t naturally drawn to excrement and don’t use it as a main source of food.

The ants that favor protein, such as the acrobat ants, tiny black ants, pharaoh ants, and Red Imported Fire Ants, are the most prevalent foragers of animal excrement.

Can the Ant Poop Make You Sick?

Though ant feces may make you sick, they only poop in their nest, and you’re unlikely to touch with it in your daily life.

Ants, on the other hand, walk through muck and grime.

As a result, they can spread illnesses via their bodies. Ants aren’t naturally drawn to excrement and don’t use it as a main source of food.

Streptococcus, Clostridium, Salmonella, and Staphylococcus may all be transmitted to any place that they walkthrough.

Do Ants Poop On Your Food?

Ants never defecate on the food. They are exceptionally tidy and well-organized.

Within their nests, they have designated areas for using the toilet.

This behavior is followed by ants even while they are not in the nest.

They don’t really deviate when hunting for food as the scent plays an important role in the communication system.

Ants move by using chemicals. It’s critical that their excrement doesn’t really contaminate the odor of the substances they leave behind.

If you discover the ants on the food, ant poop is extremely unlikely to be there.

Before returning to their colony, ants will seek to maintain the food cleanly.

Do Ants Poop In Your House?

Ants are unlikely to poop inside your home.

When ants forage for food near your home, they release the pheromones that other ants may track.

Their foraging routine would be disrupted if they defecated at this time.

As ants are so meticulous about the cleanliness, they only poop inside their nest.

Ants urinate in a single clump. Feces and urine, and feces are usually mixed together in their droppings.

Because of the moisture inside, their droppings are semi-solid.

Yes. Ants, on the other hand, do not fart in the typical sense.

Ants, like humans, need to expel fumes from their bodies, which are often connected with farts.

Some ants have the ability to discharge large volumes of gas at once.

The leafcutter ant nests, for instance, can emit up to 1000 times more nitrous oxide and 20 times more methane than a place that there are not the ant nests.

Also Read: How To Get Rid Of Ants In The Carpet

How Do Ants Digest the Food?

Ants have tiny holes between their thorax and abdomen called petioles.

The petiole’s size necessitates the use of a specific digestive system.

Ants utilize a unique pouch in the mouth, known as the infrabuccal pocket to filter out bigger food in order to digest it.

All food that passes through the special pouch is digested, while the rest is spat out.

Fire ants, for example, use the larvae to digest the food.

The food is put in the stomach of their larvae, which then spits out the chemicals to digest it.

The ant workers can then utilize the slime-like substance to feed the other ants in the colony. 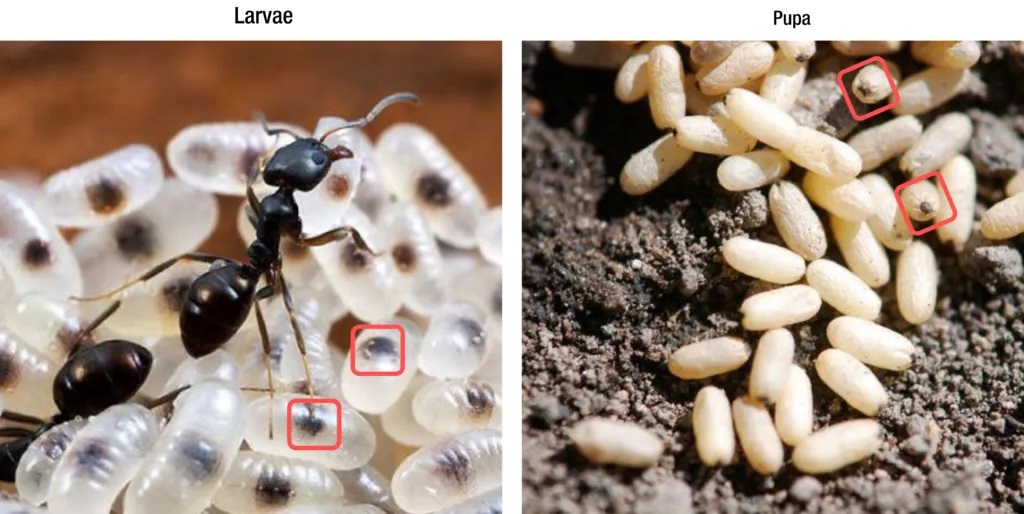 They keep their feces in their bodies till they pupate.

To prevent polluting the nurseries, ant larvae go through a long period of the constipation.

The feces are excreted by the ant larvae when they develop into pupae.

The excrement appears as a black circle.

Ants, like humans and other bugs, use their anus to remove the waste.

How Do Ants Poop?

It’s possible to observe ants’ gaster or abdomen while they feed.

Their abdomen will recover to its normal size after they have excreted all waste.

Ants usually consume protein. If you find that there are ants around the dog excrement, for example, it’s likely that they’re eating the excrement, which contains a lot of protein.

Termites are another food source for them. It’s possible that ants in the bathroom aren’t only a result of the sugar and moisture in the toothpaste.

antspests
Previous Post How To Get Rid Of Ground Moles With Dawn Soap
Next Post Do Wasp Bombs & Foggers Kill Wasps?