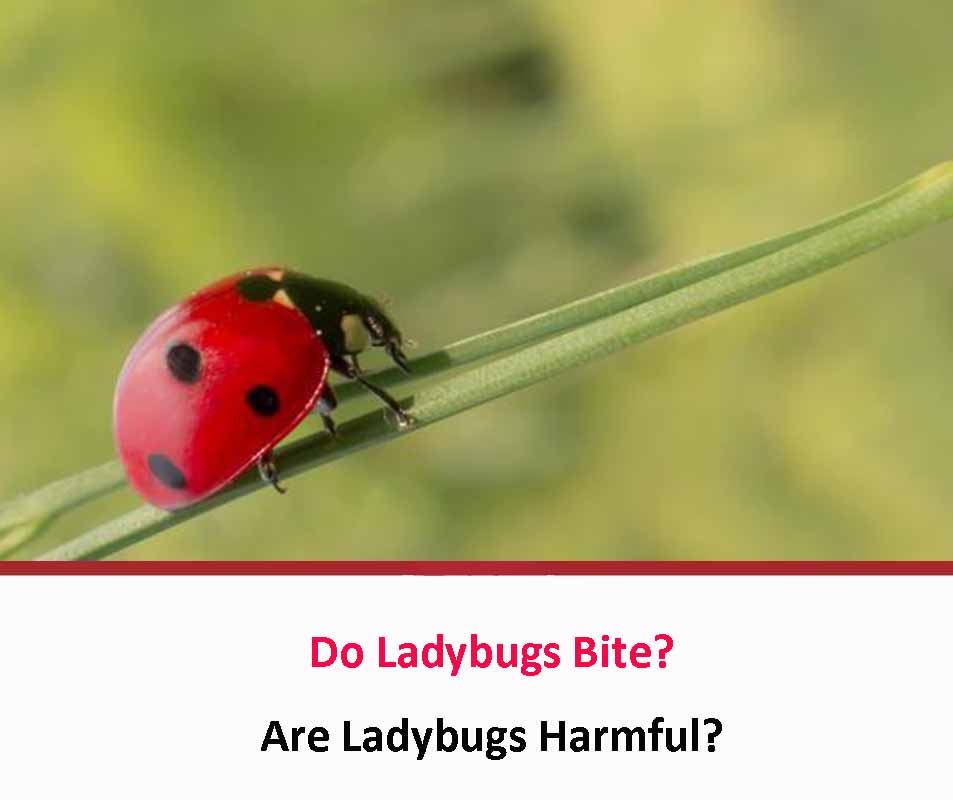 According to the research, ladybugs are good for controlling various insect species outdoors. But indoors, they can create havoc. Even they can bite you, though their bites are not harmful or lethal. But some of you might experience allergic reactions for having their mere presence. So if you are looking for more information, keep reading to know why and how ladybugs bite you and what you can do when a ladybug bites you.

In most cases, ladybugs are harmless to almost every human. However, they don’t sting, but they do bite occasionally. You should know that their bite does not cause any harm or spread any lethal disease. But some of you might experience allergic symptoms due to their presence. When they bite you, it almost feels like a pinch instead of a true bite.

How Do Ladybugs Bite?

As you already know, ladybugs are capable of biting humans. They often don’t prefer to bite, but they bite your skin using sharp mouthparts when they do. You should know that their bite can often result in a red bump, which might hurt for a few days.

Types Of Ladybugs That Bite 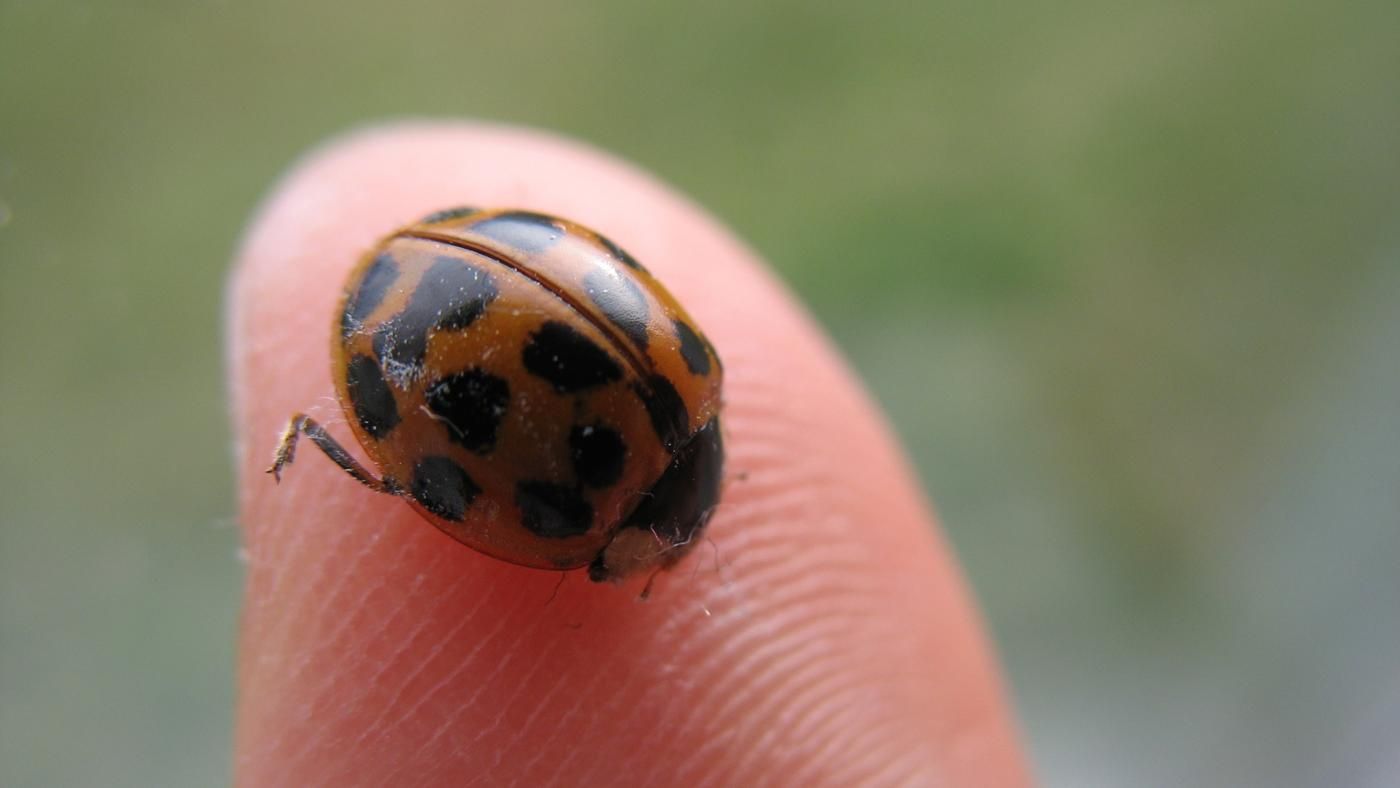 According to scientific research, every ladybug has legs or a mandible. Therefore, they can pinch or bite you. However, the most common beetle species found in the world that usually bites are:

These are the most common species of beetles that are categorized for biting. Apart from those species, there is another ladybug, which is known for invading homes.

Why Does A Ladybug Bite You?

Ladybugs usually feed on other soft pests and insects as they have chewing mouthparts. You should know that their mouthparts are specially created for eating soft-bodied pests or insects. Though they cannot cut through the human skin, that’s why they end up giving you a nip. However, you should remember that ladybugs are likely to bite only when they are mistaken for a meal or threatened for life.

What Happens If A Ladybug Bites You? 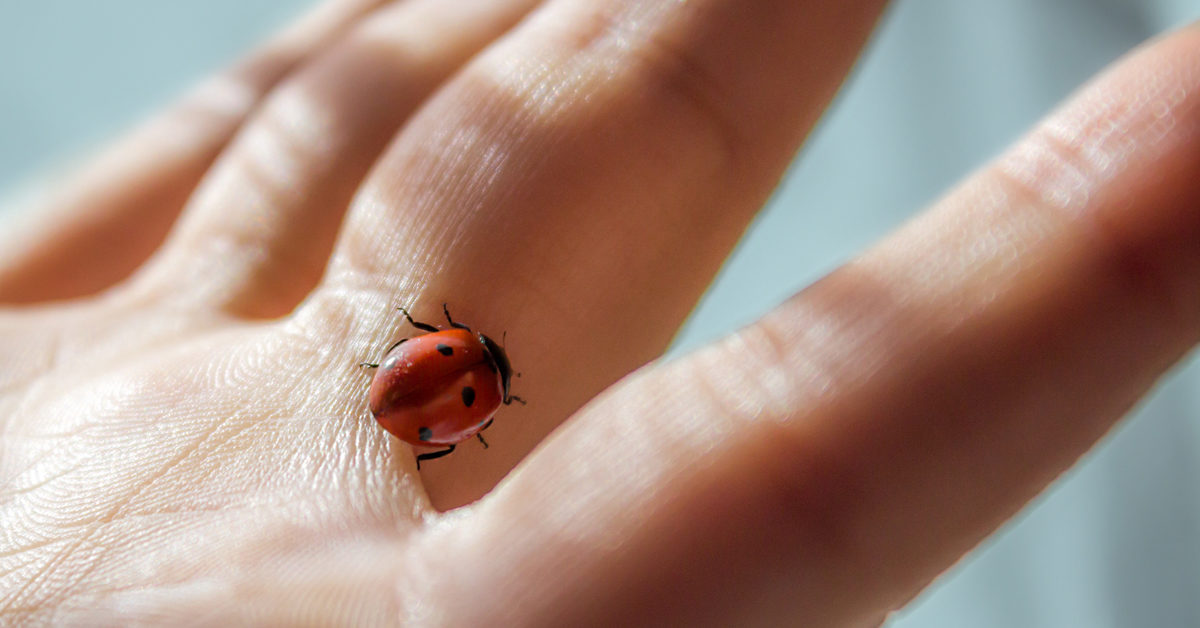 Ladybugs don’t tend to bite you as their mandibles are not strong enough to penetrate human skin and cause your skin to bleed. However, you are likely to experience mild pain but a raised red bump on the skin when they do. Some of you might get allergic reactions due to their presence, and the bump will hurt for a few days.

Whenever you get bitten by a Ladybug, it often leads to a raised red bump that may cause harm for a couple of days. However, on the other hand, their biting mouthparts cannot exert enough force to penetrate through the skin. Also, like other insects, some people might have some allergy to Ladybug bites, which might later convert into a reaction. So, there is nothing to worry about whenever you get bitten by a Ladybug, as it will feel like a small pinch.

What Does It Mean When Ladybugs Bite You?

Now, most of you might be wondering why ladybugs bite you? You should know that ladybugs are mainly happy to have soft-bodied insects for their meal and are often found near a pleasant garden site where the place is plagued with pests. However, when they don’t find a meal during their hard times, they have to take some extreme measures like biting people and eating other ladybirds to get the most needed water or food.

That’s why they often bite humans to get past surviving situations. Recent studies have found that beetle behavior is caused by certain situations. Most often, they bite humans only when they sense a threat. Otherwise, they don’t intend to bite humans, as you already know that their mandibles are not strong enough to penetrate through human skin.

How To Treat Ladybug Bites

There is often nothing to worry about when you get bitten by a Ladybug as it is not harmful or lethal. If you are allergic to Ladybugs, you might experience some allergic reactions. So, to prevent that from happening, you need to consider the following steps.

Are Ladybugs Dangerous To Humans?

As you already know, ladybugs do not possess any substantial threat to humans as they don’t bite unless threatened or find food and water to survive. Usually, they use their mandibles for eating soft-bodied insects, but they can never penetrate through the human skin.

That’s why they leave a red bump on the skin most of the time, which might feel itchy for some time. But these small creatures are not dangerous for humans. People who are sensitive to allergies might have some problems with their presence. It would be better for you to get rid of these tiny creatures as soon as possible to reduce the allergic symptoms.

Also Read: How to Get Rid of House Beetles Naturally

Are Ladybugs Poisonous To Humans?

Ladybugs or ladybird beetles are not venomous for human beings, but for your information, they do have toxic impacts on tiny creatures and animals like lizards and birds. When beetles are threatened, ladybugs begin to secrete a pungent fluid through their legs, leaving a foul odor that helps in keeping the predators at bay.

That means humans are entirely safe from the bites of these tiny creatures. So, whenever you experience a ladybug bite, you don’t have to worry about anything, but if you are allergic to beetles, you may have to see your doctor to get the right treatment as soon as possible.

Now you know why and how ladybugs bite you. So whenever you experience one, you know what to do.

LadyBugspests
Previous Post Why Do Crickets Chirp at Night?
Next Post Are Bed Bugs Caused by Poor Hygiene and Uncleanliness?