Menu
Home > Pests > Spiders > Do Spiders Like the Cold? 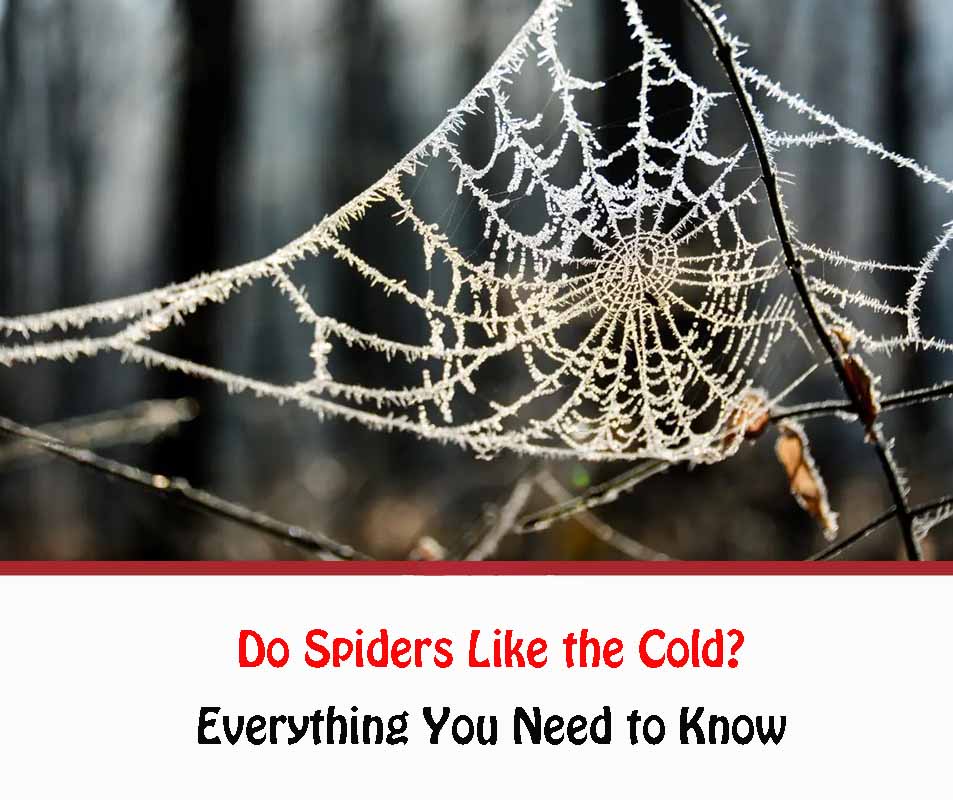 When the winter arrives, we tend to be less concerned with our vegetation, especially in places like Indiana. You may notice fewer pests outside your house during the winter due to the tough weather conditions.

Spiders are one of the pests that might be frightening. You could begin to ask whether spiders enjoy the cold. Where do spiders go during the winter? Do the spiders come inside in the winter?

Therefore, there is no proper reply to this issue. The fact is that spiders are too miscellaneous to provide the right answer for all types of spiders.

For example, daddy Long Leg spider is one species that have 1,500 different spiders, each one with unique characteristics.

According to some researches, there are about 46,877 species of the spiders known on Earth. With 4,062 genera and 112 families, researching all of these spiders, finding how they survive different temperatures, and then tallying it all is nearly impossible.

The fact that spiders are highly adaptive organisms, so that it is hard to answer this question. They’re adaptable enough to exist in a variety of environments, both cold and hot.

There are the spiders that dwell in the tropical climes, some that can dwell in cold regions such as Iceland, and yet others that can survive in every environment in cold and hot places. They don’t all live in the same habitat or at the same temperature.

Spiders, unlike humans, are the cold-blooded organisms because they lack a mechanism to control their body temperature. And some species of the spiders can survive in the cold weather.

Do spiders die in the winter? 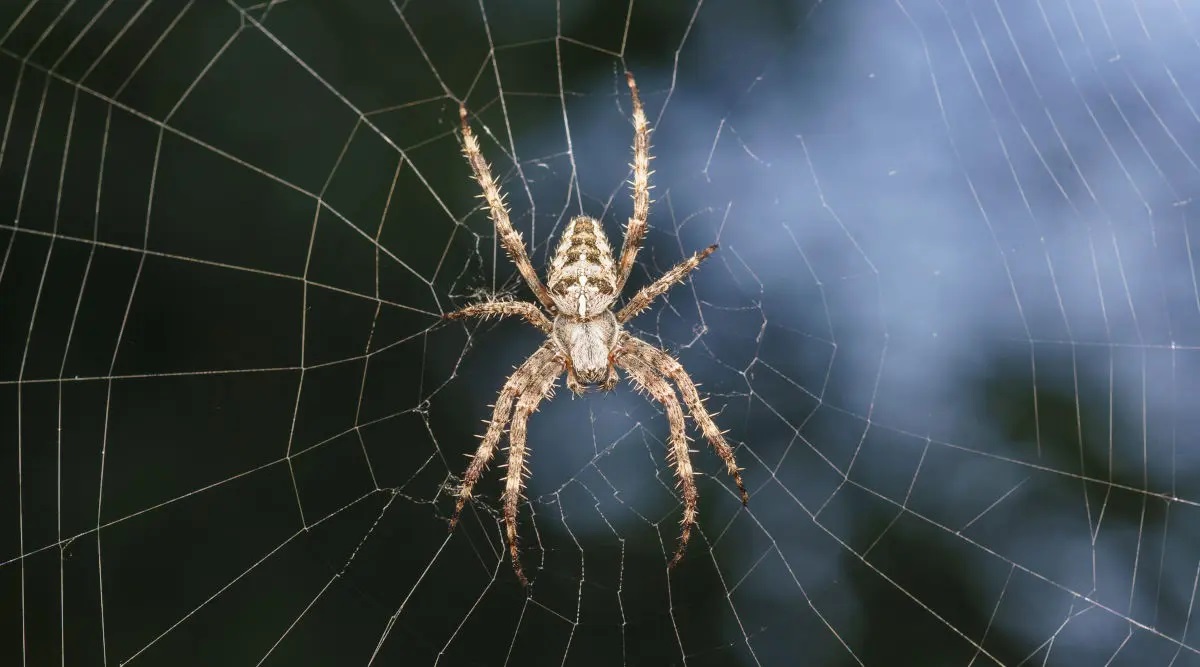 In the winter, not all spiders perish. The spiders are cold-blooded, and they have developed many adaptations to help them survive in the harsh winters. And spiders are ectothermic that indicate it regulates their body temperature using external sources such as the sun.

Spiders are cold-blooded, but like the mammals, they are not very cold. They merely decrease their activities and may relocate until the weather warm up.

Spiders start preparing for the winter in the autumn. And they produce the proteins that make their tissues withstand the temperatures below freezing.

How do spiders survive the winter?

In the spring, some spiders, such as running spiders, jumping spiders, and wolf spiders, can hatch. They seek the shelter behind leaf litter, within crevices and cracks, and in some warmer areas to survive in the winter.

Some spiders make defensive webs to defend themselves, while others spin webs in west/east patterns to use the sun’s heat.

Some spiders can withstand temperatures as low as -5 degrees Celsius (23 degrees Fahrenheit), which is significantly below freezing. Glycerol, which is identical to the antifreeze we use in our cars, is produced by these spiders.

Spiders can produce the enough glycerol to endure the cold, but it needs a long process. If you’re considering placing a spider you discovered outside and didn’t want to remove it, think twice. They will not have accumulated enough cryoprotectant and may perish.

When the temperature rises up over 25 degrees Fahrenheit, these spider species start to be more active. During a warm weather, you may observe these spiders outside in the snow.

They come out and mature in the spring, develop, and can deposit their eggs in the autumn.

Where do spiders go in the winter?

Various spiders have developed diverse strategies so that they can survive during the winter. And some spiders hide under dried leaves or in brush piles to keep warm throughout the winter. Other spider species can lay the eggs in the spring, allowing the young spiders to adapt and then mature before the winter is coming. And Others can find their habitats and spend the whole winter in the crawling areas, attics, or basements.

Spiders are the cold-blooded pests, and though some prefer to dwell in our houses all year, the majority of those who come in the autumn are searching for a comfortable spot to go throughout the winter. And others will come indoors and live in it because of the wonderful environment. 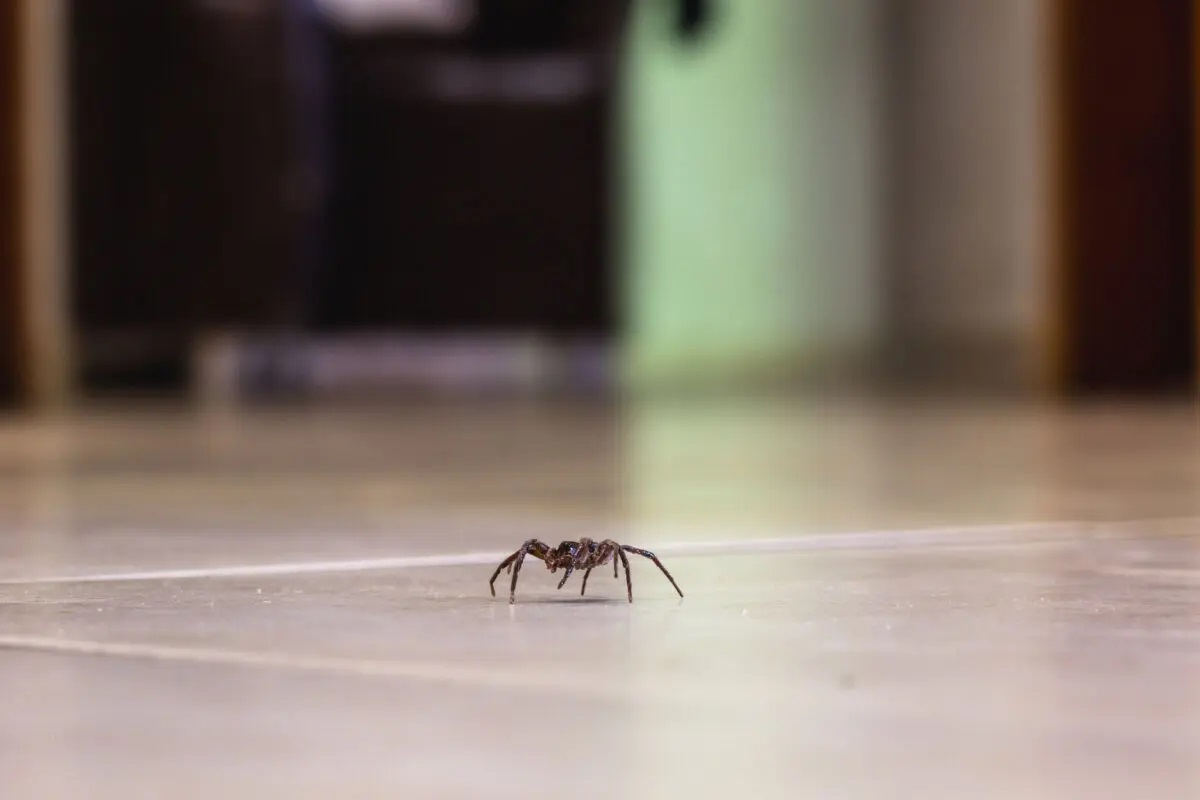 Spiders don’t like the light, and they are not active when there is light. Insects are attracted to the light. In the dark, spiders are nothing to be afraid of. They remain encased in the webs. Shake out your garments if you’re concerned there’s a Brown Recluse spider around.

At what heat temperature do spiders die?

Insects and spiders can withstand temperatures about 110 degrees Fahrenheit before becoming dead.

Why do spiders come inside in the summer?

Because many spiders are drawn to dampness, they seek refuge in crawling areas, basements, and other damp parts of a house. The majority of house spiders can spend the whole lives inside the house—the house spiders like peaceful, secluded areas where they may obtain water and food.

Why do spiders come out at night?

Light irritates some nocturnal spiders, so they seek shelter during the daytime. The fact is that most of the spider species prefer to search for the food at night, and their eyes are very reflecting. Spiders prefer dark, wet environments. It’s the reason that they emerge in the dark.

The majority of spiders prefer to dwell in the dark. Some come out during the day, but the majority of the spiders are nocturnal, meaning they are only active at night. A wolf spider’s eyes would shine brightly in the dark if you shined a spotlight in its direction. And jumping spiders entice one another with their vibrant colors.

How long do spiders live?

You’re aware that the term “spider” refers to a variety of the spider species that you can encounter in your house, each one with different characteristics and lifespan. Although some spiders can live longer than others, most spiders in your home have a 1-2 year life cycle.

Spiders do not die quickly if they are not fed; some spiders can live for about 2 years without nourishment. On the other hand, House spiders only live for around 1-2 months without water and food.

pestsspiders
Previous Post How to Get Rid of Tiny Ants In The Kitchen Naturally
Next Post Where Do Centipedes Come From?