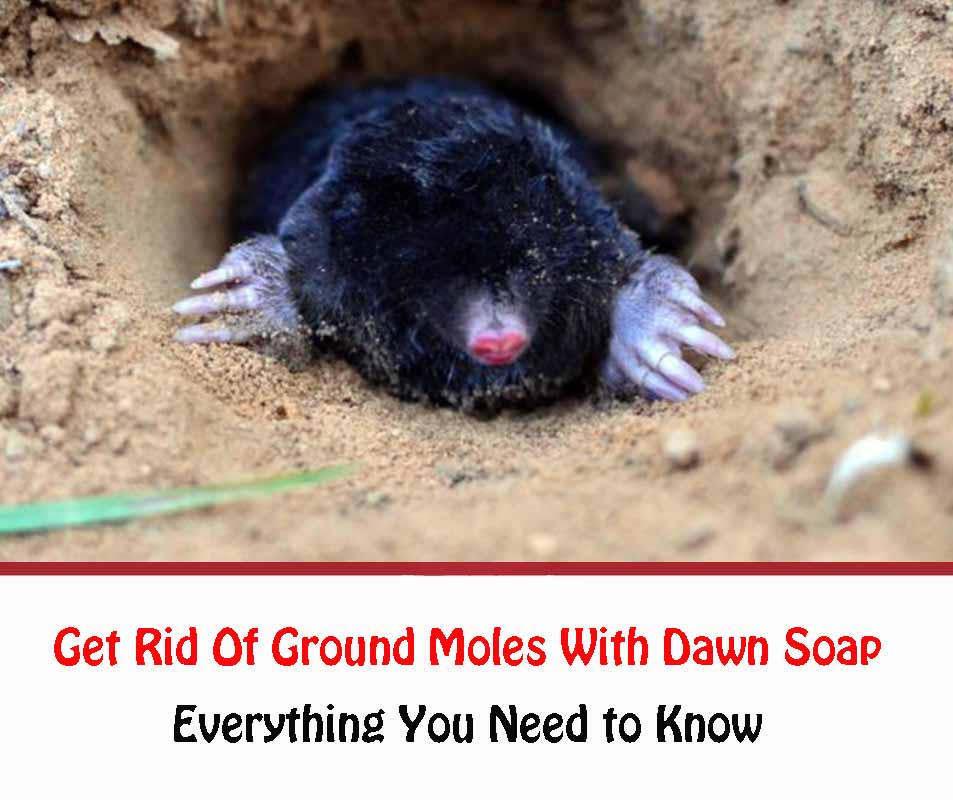 Are you looking for natural solutions to remove gophers, voles, and moles? It comes out that Dawn dish soap might help you eliminate the ground moles in the garden. A natural repellent for the ground moles and other burrowing critters is a solution of Dawn soap and castor oil.

Continue reading to get the complete guides, as well as information on what odors ground moles don’t like and other simple methods to prevent the ground moles from entering your property.

What Are Ground Moles? 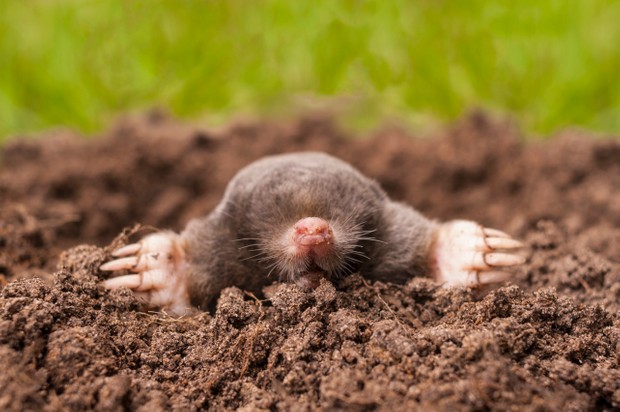 Moles are rat-like animals that live underground. They do not eat plants. Moles are not herbivores, and they prefer to eat garden insects instead of plants. The only problem with moles is that they disturb your lawn since they create pathways underground. If moles are present in your yard or garden, it only means one thing – insects and pests are abundant in your backyard. And that is a very bad sign.

What Is Dawn Soap?

Dawn Soap has proclaimed that they are one of America’s leading, if not the best, dishwashing soap. They guarantee at least fifty percent less scrubbing action and declares that they can clean not just dishes but also other items in your home.

There are internet blogs that say Dawn Soap is a great way to deal with ground mole problems. The soap can affect the mole’s sense of smell, and it is also non-harmful to your plants. There are no dangerous chemicals in Dawn, as guaranteed by the makers. Once you treat your lawn or garden with the Dawn Soap/Castor Oil mixture, it will surely lessen your mole infestation.

What Time Of Day Are Moles Most Active? 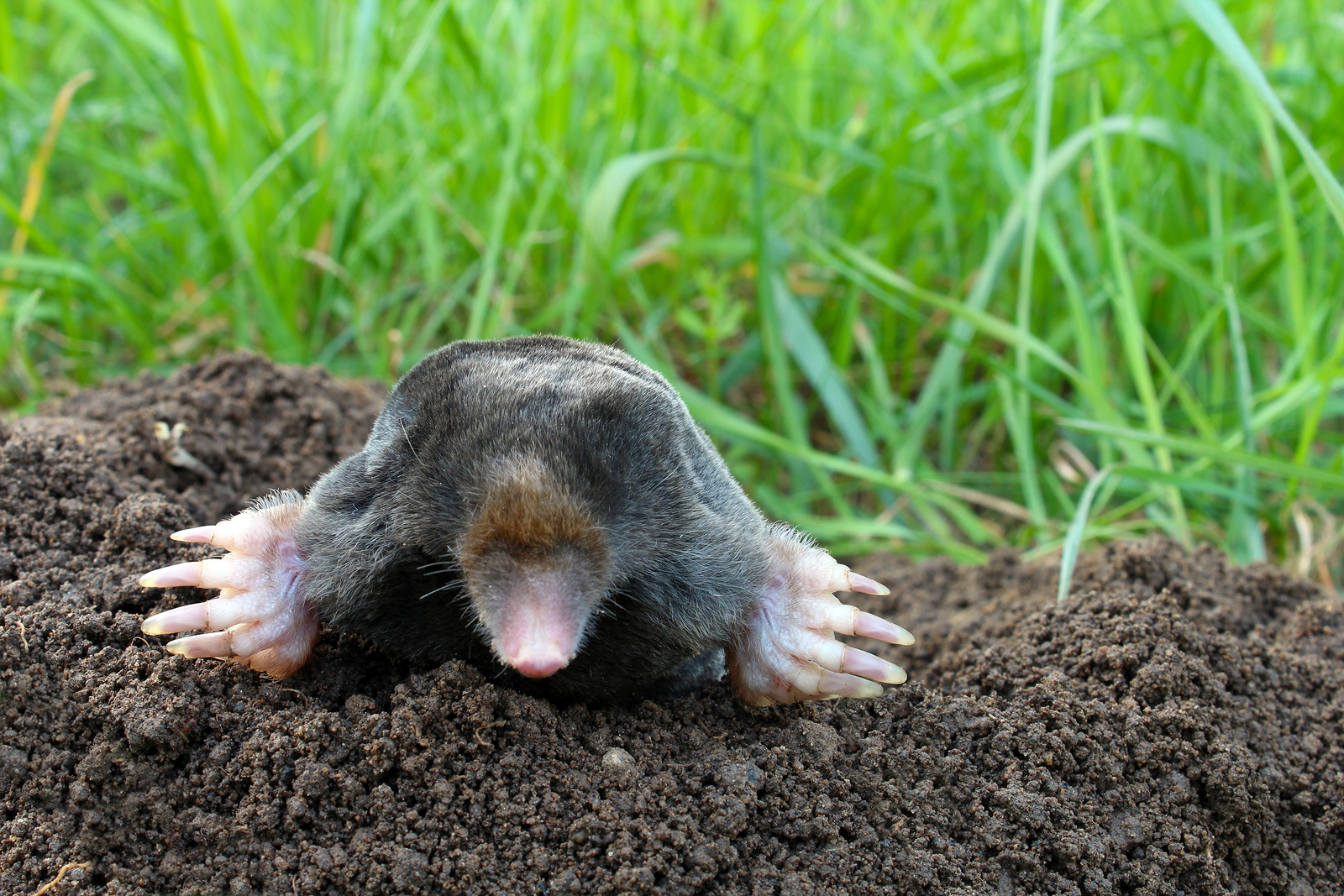 Moles love it when the ground is wet and moist. These mammals are very active during the day when it is early, and there is no one around. The best times for them to be active is during springtime and autumn. Moles also crawl out of their lair after a warm rain.

How To Make DIY Dawn Soap For Moles

Dawn soap alone will not repel ground moles. It has to be mixed with castor oil, which moles abhor. They hate the smell of this oil and are repelled by it. Castor oil is a natural laxative and will not kill the ground moles, but it will disturb their natural digestive process. It will make their stomach ache. If the castor oil is on their skin, it will induce an allergic reaction. This will make their skin itch terribly. While it will not permanently injure them, it will cause ground moles to leave the place and prevent the dawn soap/castor oil treatment from hurting them some more.

Use this measurement to make the dawn soap/castor oil solution, and get rid of ground moles:

If you will be using a spray bottle, mix one gallon of water and two tablespoons of dawn soap/castor oil. Then, spray to the affected area. Do not leave any part of your lawn unsprayed. You can also pour everything in the hose end garden sprayer if you are not using the bottle. It will do the rest.

How To Eliminate Ground Moles With Dawn Soap 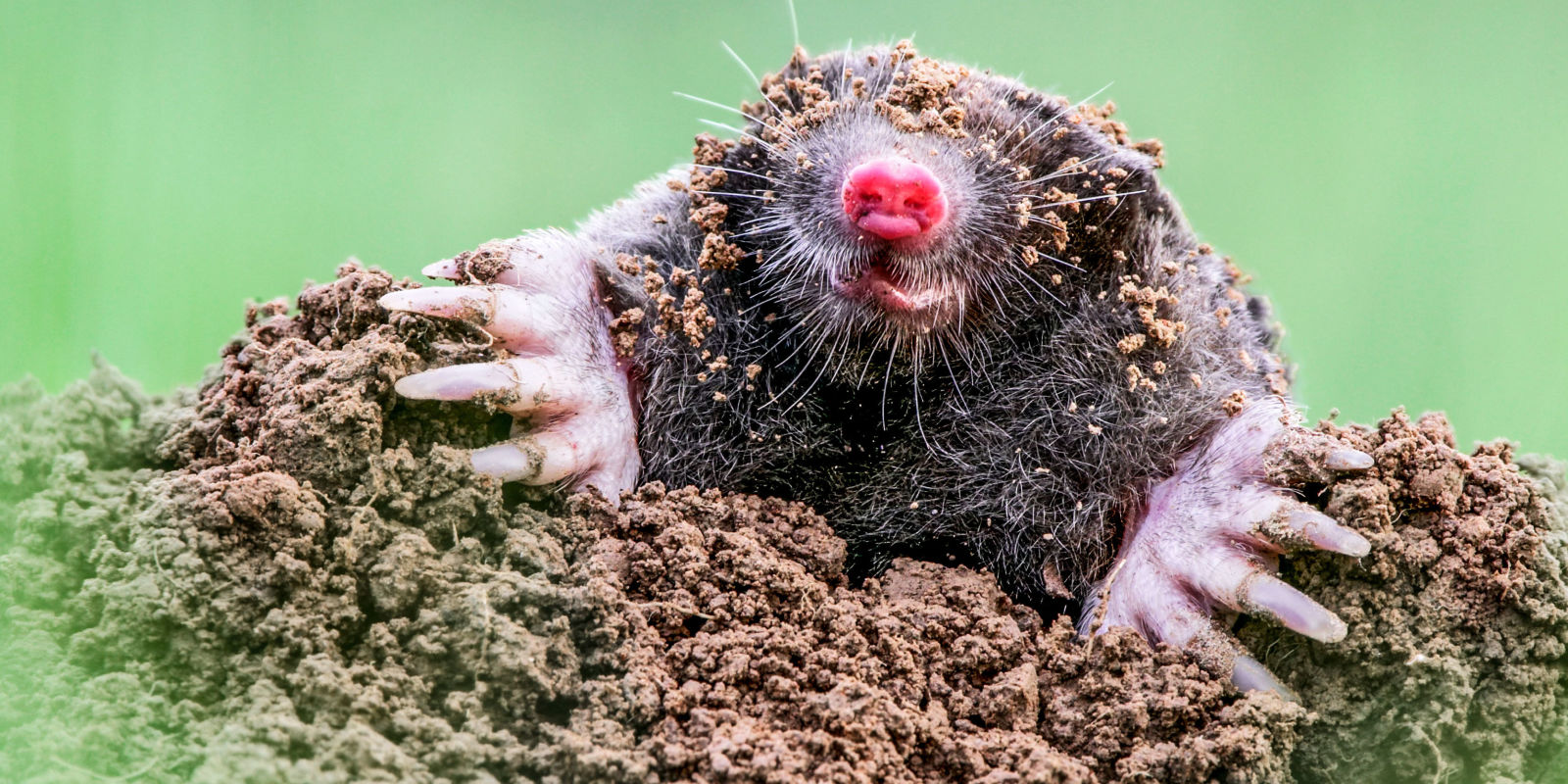 After mixing water, Dawn dish soap, and castor oil, which is another way of creating the repellent, pour it into the molehill. Moles breed during springtime. It would be best to do this treatment by then so that they will leave your lawn and garden alone. The application must be made weekly until there are no more visible moles in the area.

What Is A Natural Ground Mole Repellent?

There are many methods to remove a ground mole naturally:

Do Coffee Grounds Keep Moles Away?

Coffee grounds can assist in keeping ground moles away, but it is not that strong compared to other mole repellents. It does, however, help in repelling cats, rats, and pests which includes moles. Just sprinkle your coffee grounds on your lawn each day after your morning cup.

Moles have sensitive noses, and they are annoyed by the smell of coffee.

There is not enough evidence online to show that marshmallows are repellent for ground moles.

Does Human Urine Get Rid Of Moles?

You can also use human or animal urine to get rid of ground moles. If you have a dog, let it pee on your lawn or garden. Or you can pee in a cup and throw it on the soil where ground moles live.

Pour it on molehills, and you will see their annoyance of it.

Moles are pests. They are like rats that destroy everything in their path. While it may not eat your crops or plants (it is an inconsiderate mammal since it only prefers worms, eggs, and insects), moles will make your soil weak, and with that, your plants will die. Do not let that happen. Do the Dawn soap mixture and solve the problem. If the infestation is too severe, then it is time to call a pest control contractor.