Menu
Home > Pests > Ants > How Many Types Of Ants Are There? 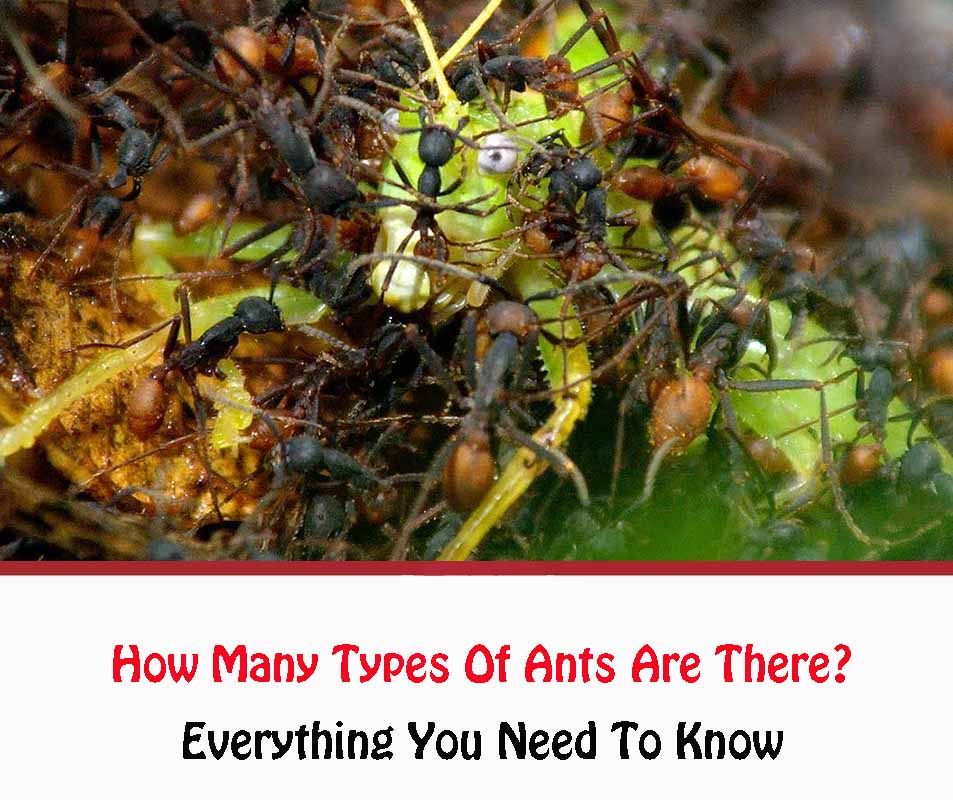 Ants are small insects; although their size may vary according to their species, they are characterized by living together in a community. Like any living species, there are different types of ants with characteristics and peculiarities different from other species.

Although something that is always outstanding about these insects is their capacity for organization and coexistence, managing to form a truly functional community.

Ants are tiny insects that are commonly confused with termites, but the reality is that they differ from each other. On the other hand, ants in appearance have a large head adorned with articulated antennae and powerful jaws, and a narrow “waist.” These insects live in organized communities underground, usually in mounds at ground level or in trees, and they turn out to be numerous. They usually build their anthills or nests on the ground (usually below it) and in wood, although they are also organized in other places. Because you will see many ants arranged in the usual way on the walls of houses or buildings, all the existing species of ants live in colonies since it is intrinsic to their nature and reach up to 10,000 members.

The behavior of ants is organized, and also they are sociable animals. That is why there can be so many in a colony. They base their organization on the division of work where each one has a specific function that maintains the anthill. The ants’ main objective is to guarantee the survival and well-being and protect each member of the nest.

An important point to highlight is that each species is jealous of its nest not to admit another species’ ants.

Ants are an extraordinary animal, and there are several types among them are:

Commonly found in Pennsylvania homes and various places, they result in a spice that makes its nests in the ground. This species ingests a great variety of foods such as sweets, sugar, nectar, and fruits and syrups. Fats and dead insects and seeds are kept in their nests as supplies to be eaten later.

The Argentine ant or known by its scientific name as Linepithema humile is endemic to Argentina, Paraguay, and also Uruguay. However, they are already distributed in many countries due to different factors and human actions.

This genus of ants belongs to the Brachymyrmex,s a subfamily of Formicinae and native to the neo-tropics. It is a recognized genus since it has a combination of 9 antennal segments that is less than that of the other species.

More than 40 species that specifically belong to the genera Atta and Acromyrmex are called “leaf cutter ants.” Their great social organization characterizes these since the colony is divided into different classes or known as castes.

This ant is native to the United States and is often also known as Tapinoma sessile in its scientific name. This owes its name because it emits a very strong and unpleasant smell when it is crushed. This type of ant builds its nest in different places such as stones or logs and rubble or other reachable objects.

Insects or species belonging to the Formicidae family are tropical species but can develop in any environment. Their colonies are polygynous because there can be several queens, so their ant hills tend to be very large. They build their anthills in warm places, such as temperatures ranging from 27 ° to 30 ° Celsius.

This type of ant owes its name to the habit they have of raising their abdomen above the thorax and head. Like the woodpecker, this species prefers to build its nests in rotten wood or where there is high humidity, such as rotten fences.

This species excavates galleries in the earth in wood or hollow logs and roofs to form their nests, preferably in high temperatures. Their diet is one of the most varied since they can ingest flower nectar and sweet things like sugar.

This genus of ants also qualifies as stinging, and they feed mainly on young plants or seeds and crickets or cockroaches. They are aggressive since they attack small insects to their death, and their bite is painful for humans and even fatal. When they bite, they inject a poison that generates a burning sensation like fire and is dangerous.

The title of “carpenters” is coined because they build their nests in wood, which can be problematic. In a proper environmental sense, the woodpecker above species generates great damage because it damages the trees’ structure.