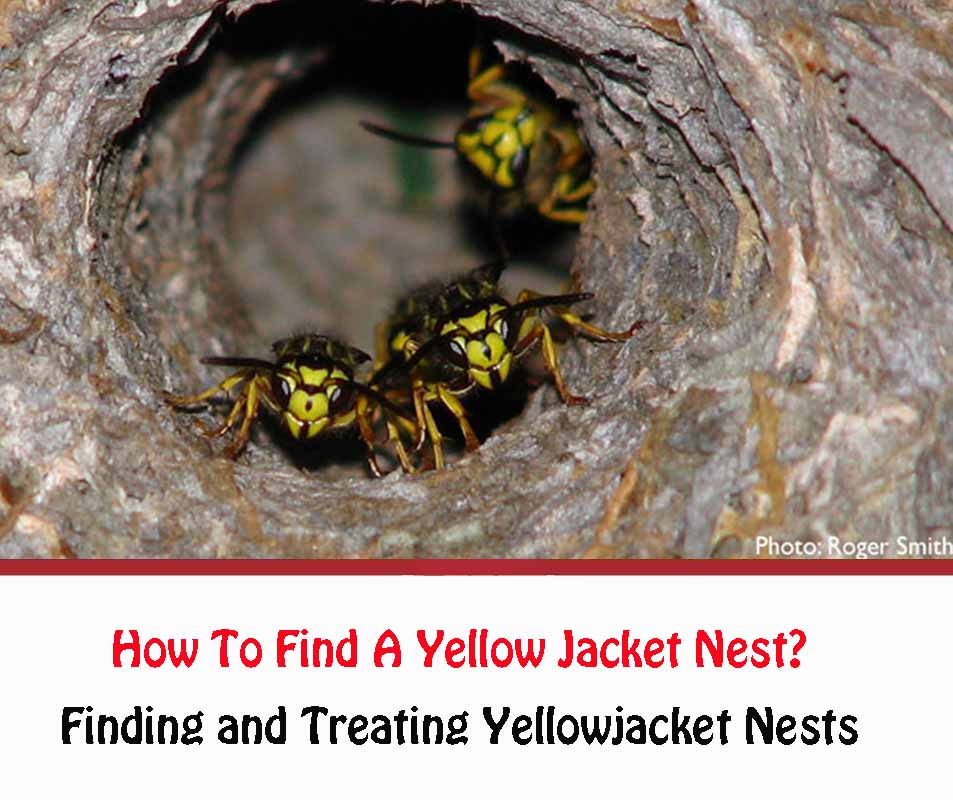 Yellowjacket is considered one of the dangerous wasps to humankind; unlike other bees, a yellow jacket doesn’t leave you alone just after one sting. Yellowjacket tends to attack or sting the person multiple times, causing different types of allergies. They are known to be the aggressive kind of bees who sting its preys multiple times and release venom into the body, which causes sudden pain and inflammation, redness, fatigue, and itching. This is why people usually try to find a yellow jacket nest and destroy them as soon as possible.

How to Find A Yellow Jacket Nests?

The best time frame to look for a yellow jacket’s nest is between 10 am to 4 pm. These insects are observed to be most active during this period. Try to track their movement. They always tend to fly straight from their nest to the food source. If tracking isn’t working, try to find holes near your surrounding areas, they build their nest, usually in woodpiles or dense vegetation. These insects also build their nest underground by making holes.

You can also find a yellow jacket nest the easy way by placing food as bait to lure them into the trap, wait till the insect approaches the food, and usually take back the food to the nest. This is the right time for you to track the yellow jacket’s route returning to its nest. The best time to treat or destroy the nest is night time as all the yellow jacket may be inside the nest. 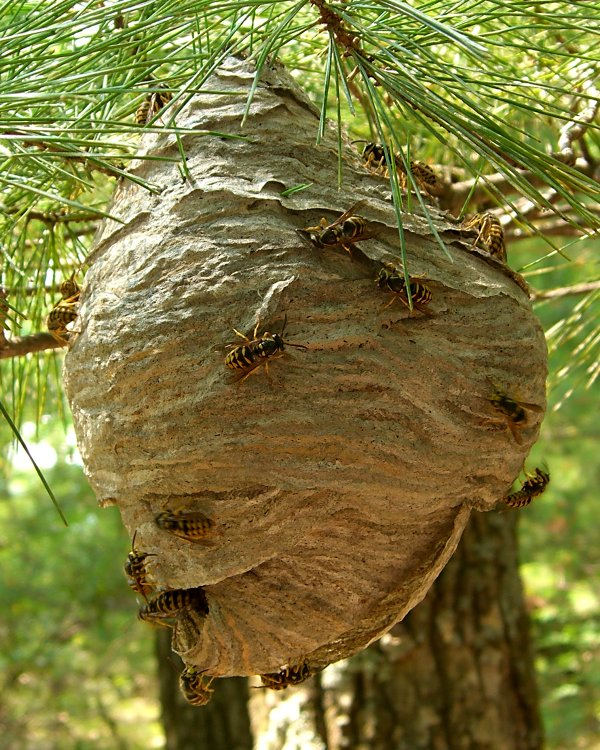 Yellowjackets build their nest in trees, shrubs, soil cavities, tree stumps, mouse caves, and underground. They can be anywhere. It’s usually difficult to destroy their nests as they are around either guarding the area or resting inside, but it isn’t impossible. The person needs to be very attentive while trying to approach or treat the nest as one wrong move can trigger the yellow jackets all together to attack the intruder of their nest.

The yellow jackets nest last for one season. The nest starts dying off in the winter season. The yellow jackets build their nests from wood fibre they chew into a paper-like pulp. They tend to get bigger and bigger to time; the nest almost becomes as big as a basketball by the end of one season’s tenure. However, the nests that make an exception by surviving over many seasons usually contain massive yellow jackets and multiple eggs laying queens.

How Far Do Yellow Jackets Travel from Their Nest?

Yellowjackets usually travel in the time frame of 10 am to 4 pm as they considered being most active during this time. Yellowjackets travel about 1 mile from their nest, and they are known to be flying in a straight line from the nest to the food source or any other journey.