Menu
Home > Pests > Birds > How To Get Rid Of Magpies Naturally 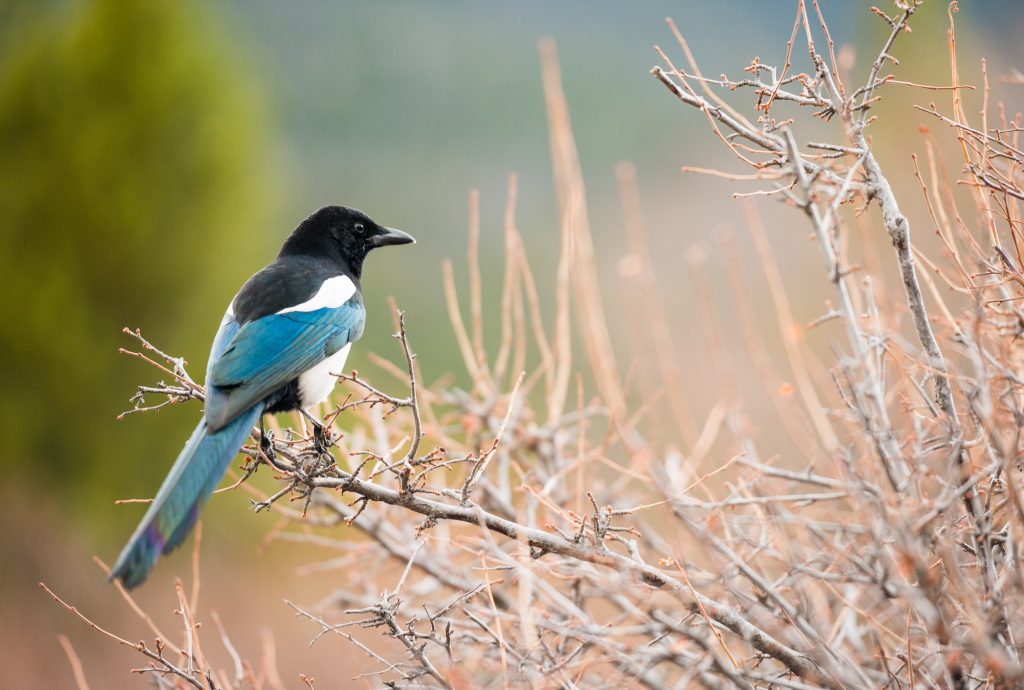 What Is A Magpie Bird?

Magpies have often misunderstood bird species as they belong to the genus pica family. They also love eating small rodents, insects, nuts, fruits and eggs of small birds. However, these birds have a reputation for eating almost everything. You will often see a black-billed magpie who are relatives of jays and crows.

Why Do Magpies Keep Coming To My House And Garden?

Magpies often keep coming to your garden and house, searching for shelter, water and food. They are attracted to fruits and veggies, especially places with standing water sources or birdbaths. Not to mention, magpies are fierce, and they will scare away the small birds to get whatever they want from your yard.

Apart from these food sources, they also love to eat bugs roaming around the gutters or garbage in your trash box. That’s the reason why they keep coming to your garden and home.

Are Magpies Aggressive And Dangerous? 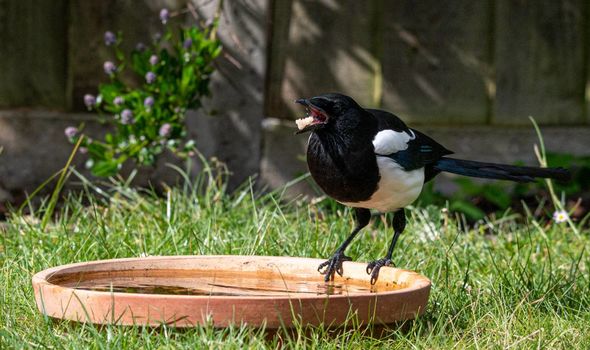 Even though magpies are not dangerous and aggressive, but they have a history of swooping on people. That means they might start swooping at you after entering their territory. Recent studies have noticed that magpies are more hostile towards other animals than humans.

However, you might even see magpies hitting on large animals as they love to eat the ticks on their fur, or you might also see them ambushing smaller animals or birds to keep them away from the food.

Overall, they can be aggressive when it comes to food, water, or shelter, but usually, they don’t cause any inconvenience to the people around the area.

It is also seen that a group of magpies can compensate for the noise sound as this bird has intelligence like humans and can chatter with other birds and magpies, which is quite loud and consistent.

How To Get Rid Of Magpies Naturally

You all know that magpies can be attracted to many things, which can make it challenging for you to shoo them away for good. So, here is a list of things that you can do to scare them off.

Most of you might wonder how that is possible. Well, magpies are often attracted to the dirty environment. So one of the best ways to shoo them away naturally is to clean your garden or yard and remove any leftovers or food lying on the ground, as it can draw the attention of these birds.

Birds like magpies, crows, etc., are often afraid of their reflection. That means hanging things like mirrors or CDs will help you scare them off without doing anything.

Deborah Monks, a Brisbane bird and exotic animal veterinarian, said mince and raw meat, while popular, were the most detrimental to magpie health.

It’s just six weeks out of the year that magpies swoop, and that’s precisely around the time that they’re nesting.

No thanks since you’re wearing yellow/orange, my least favorite color.

How do you stop magpies but not other birds?

In order to dissuade them, hang CDs or plastic bottles half-full of water.

Although they aren’t regarded harmful, if you go too close to their nest, they may attack.

If they do, then you’ll want to be on the safe side.

Magpies have been observed swooping down on humans and attacking them, which has been interpreted as an act of sheer hostility.

What does it mean when magpies visit?

A single magpie, however, is only thought to bring ill luck, as seen by the well-known poem.

No one knows why, but magpies frequently pair together for life, so the presence of just one magpie might indicate the bird has lost its partner, increasing the likelihood of ill luck.

Do magpies remember your face?

We now know that magpies can recognize and recall particular human faces for long periods of time, which makes it possible to form friendships with them.

They can figure out who in the neighborhood is safe to interact with.

Are magpies scared of dogs?

Magpies swoop on animals other than humans, including dogs, cats, and other magpies.

Magpies have been known to pounce on humans who have harassed them.

What time of year do magpies lay eggs?

In most cases, magpies begin reproducing around the age of two, and however this is not always the case.

It’s not uncommon to see its nests perched on top of prickly shrubs or atop towering trees.

In April, the female lays six greenish-blue eggs, thickly speckled with brown, and incubates them for 18 to 19 days.

Where do Australian magpies sleep at night?

There is no understory in these open forests, despite the towering trees. Mature trees provide a safe haven where they may build their nests and rest at night.

Do magpies chase away other birds?

We’re talking about starlings, jackdaws, and magpies. Many other birds will flee if they see these birds approaching.

Are magpies good for anything?

Scavengers, they have a particular fondness for shiny items.

Other birds’ eggs and young, as well as plants, are also eaten by them.

The reduction in songbird populations is often blamed on magpies.

But the upside is that they are excellent pest-killers.

Why do magpies laugh at dawn?

It’s a reminder to everyone that the magpies play a vital part in the process of evolution.

When it comes to intellect, even though Australian magpies aren’t actually related to crows at all, they do have certain similarities.

To be honest, it doesn’t appear as though the tried-and-true method of fastening cables to your helmet can dissuade a determined magpie beyond keeping them away from your ears.

What months do magpies swoop?

When you’re dreading your commute and trying your best to escape feathery projectiles, a magpie’s swoop normally lasts for six weeks at the most.

Do magpies migrate in winter?

Non-migratory, they seldom migrate more than 10 kilometers from where they were born.

It’s not uncommon to see them build on the ground if it’s impossible to find a suitable tree.

Do magpies nest in roofs?

It is not uncommon for them to create ground nests if there aren’t any appropriate trees around.

Some populations make open nests, while others use a roof and possibly two entrances.

Do magpies build nests in houses?

In the absence of thorny trees or shrubbery, a mating couple will cheerfully use towering structures like pylons to create their domed nest.

There are several layers and a protective roof in their amazing nests.

Now that you know how to shoo off magpies naturally and get away from their annoying nuisance.

BirdsMagpiespests
Previous Post How To Get Rid Of Alligators In A Pond
Next Post What Do Mud Wasps Eat?