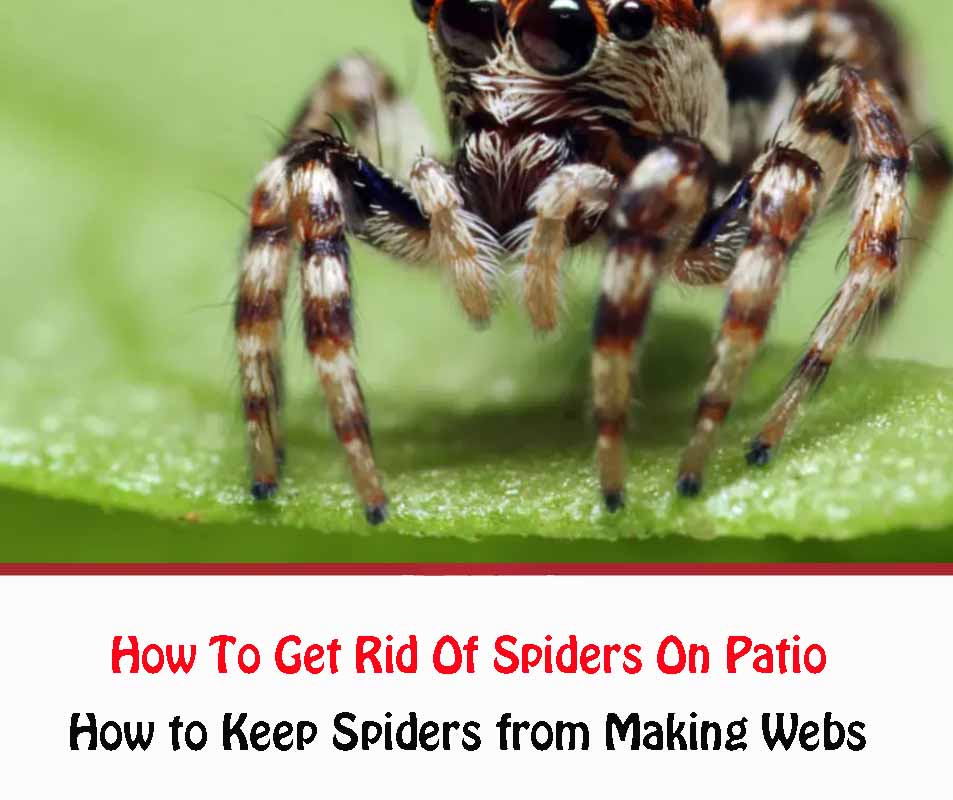 Spiders in the patio can sometimes be annoying either because they generate many cobwebs or have a phobia of them. However, most are usually harmless and serve to eliminate insects that can damage the plants so well cared for in the garden.

Although we neglect them a little, they could multiply and appear in the garden inside the house and cause annoyance. For this reason, there are various tips that allow to keep them away or, if there is an invasion, to exterminate them.

Do You Have Spider Webs On Patio?

Several natural and artificial methods allow you to eliminate spiders that can accumulate and cause great discomfort. If there is an invasion, it is best to apply insecticides and if the problem may not be resolved, hire a fumigation service to eliminate the problem at its roots.

Although, in most cases, follow some recommendations to prevent them from increasing or simply wanting to get rid of spiders once and for all. Most of the methods are effective, and if done properly, in no time, you will have these insects out of your patio.

What Attracts Spiders To Your Patio? 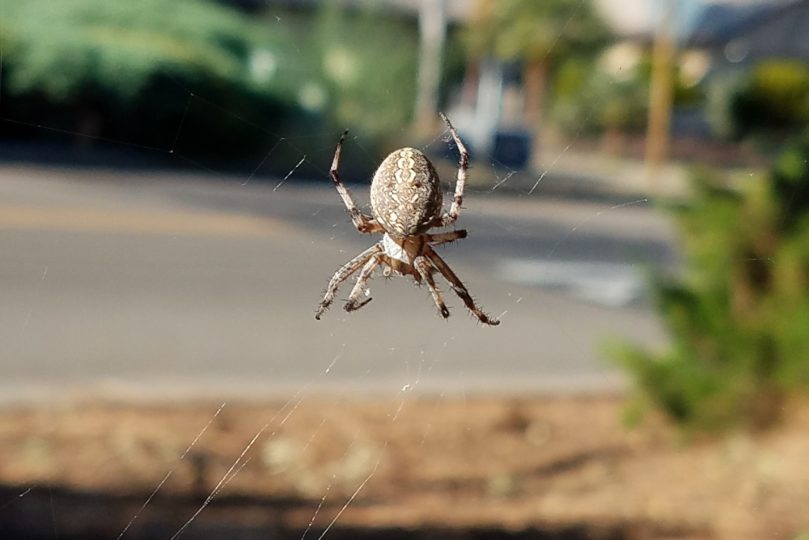 Spiders by nature tend to appear in the patio generally due to insects and because it is one of the spaces in the house where there is greater tranquility. However, it is not the only reason they are usually attracted to wood, such as pieces of firewood, logs, and another factor such as leaving accumulated objects that the dark spaces they generate are ideal for creating their nests.

Therefore, many spiders reach the patio without proper cleaning and order of the objects that are often left to accumulate. In the best of cases, you should avoid leaving the wood that is one of the favorite elements and debris from things that are not used and carry out regular maintenance.

Also Read: How to Get Rid of Daddy Long Legs Naturally

How To Eliminate Spiders In The Patio Naturally?

Several alternatives allow you to get rid of spiders and keep them away without resorting to harmful chemicals to the environment.

Among the alternatives that allow keeping both the patio and even inside the home free of spiders that we do not like are the following:

It is one of the most effective alternatives for fighting spiders, especially when they appear regularly. For this reason, a regular cleaning, throwing away everything that is not needed, and thus causing unnecessary space will keep them out of your patio.

Spiders hate citrus fruits, and when they are there, it keeps them very far away. In this case, you can apply citrus aromatic essences. If you want to save some money, you can place the orange and lemon shells around the patio and remove them every two days.

Animals such as dogs and cats are ideal since when they see something, they tend to chase it, as in this case, it would be spiders. It is an option that helps a little. However, it will not keep all the spiders out of the home, so it is preferable to combine this with another alternative.

Tobacco is not a friend of spiders, and they effectively run away from you. In this case, the ideal is to spread tobacco leaves in the possible places where the spiders appear or create a spray by combining the water with tobacco and spraying for greater comfort.

It is one of the modern methods responsible for applying ultrasound that affects spiders and other insects and keeps them away. It is advisable to place it in a place on the patio or at the entrance. These devices also use very little power of at least about 3 watts and prevent nests from forming and appearing again.

It is one of the most common options in finding a spider, especially whether it is large or not. In particular, it is the most ideal in being poisonous or being an allergic person, thus preventing them from expelling any liquid.

Also, if there are cobwebs in any corner or surroundings, it is advisable to apply them to prevent them from remaining in that place and eliminate them at once.

How To Keep Spiders Away From Porch Lights?

Spiders, as well as most insects, tend to be attracted to porch fighting. Therefore it is necessary to follow the following recommendations:

It is usually one of the best options, more comfortable, and you can either buy the sprinklers or prepare a homemade sprinkler.

If there is a spider, it is best to inspect the area a bit and spray with insecticide if there are cobwebs to prevent it from appearing again.

Although porch lights are often neglected, keeping them free of cobwebs becomes the best option to prevent spiders from accumulating in one place.

This will prevent a considerable amount of insects from accumulating, and thus, the spiders will not be attracted to that place.

How To Prevent Spiders On Patio?

On the patio, spiders of different types usually appear, which can be annoying since nobody likes to have this type of insect near the home. Therefore, there are a series of recommendations that can keep spiders very far, which include the following:

It is one of the most recommended options, especially when a series of objects that are not used are accumulated, which in those spaces, the spiders tend to create their nests.

In general, there are some substances such as citrus that we can easily find in oranges and lemons, which keep spiders out.

One of the ways to prevent spiders from nesting or hiding is through holes and cracks in walls. Therefore, it is important to perform a physical inspection in the patio and if there is a possibility that a hole is found, seal it completely.

It is a great option and a good investment worth applying and more to keep spiders and other insects away. This can be placed near the patio, and the device will emit ultrasound waves that will keep the spiders far away.

This element is the spider’s favorite, so having accumulated quantities will allow these insects’ considerable proliferation.

The spider’s food source is insects, ants, and the general pest that usually places itself on plants. Therefore, applying insecticide to eliminate these insects that proliferate regularly prevents the appearance of spiders.

pestsspiders
Previous Post Are Ants Good for Plants in Your Garden?
Next Post Can Cats Get Lice From Human?