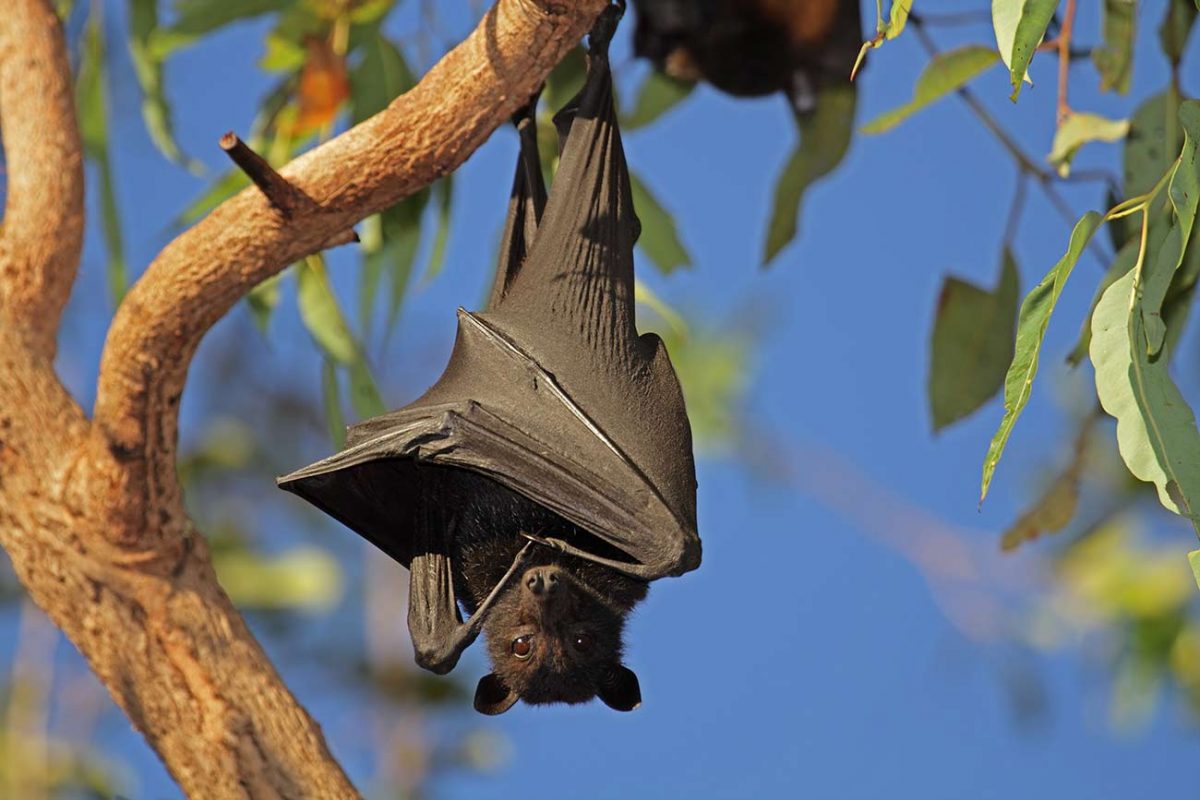 Bats are unique flying mammals around the world as they sleep during the day and feed during the night. You all know that bats navigate through echolocation. And if you begin to notice their presence inside your house and don’t know how to keep bats out of your house.

Here you will find everything that you need to get rid of them as soon as possible. Remember to follow safety measures as they will keep you and the animal safe from any harm. In most cases, the risk is involved in DIY solutions, which is why it is recommended to follow each step properly.

How To Keep Bats Out Of Your House

Removing bats from your house is not as easy as it seems because it involves risk and material blocking all the entries except one to let the bats out of the house. If you have decided to bat-proof your house, it’s better to seal the area tightly from where other bats might get inside the house.

However, the strategy to use will vastly depend upon the location where bats are spotted. It is recommended to avoid direct interactions as it can put both you and the animals in danger.

Steps To Get Rid Of Bats Out Of The House

How To Keep Bats Away From Trees 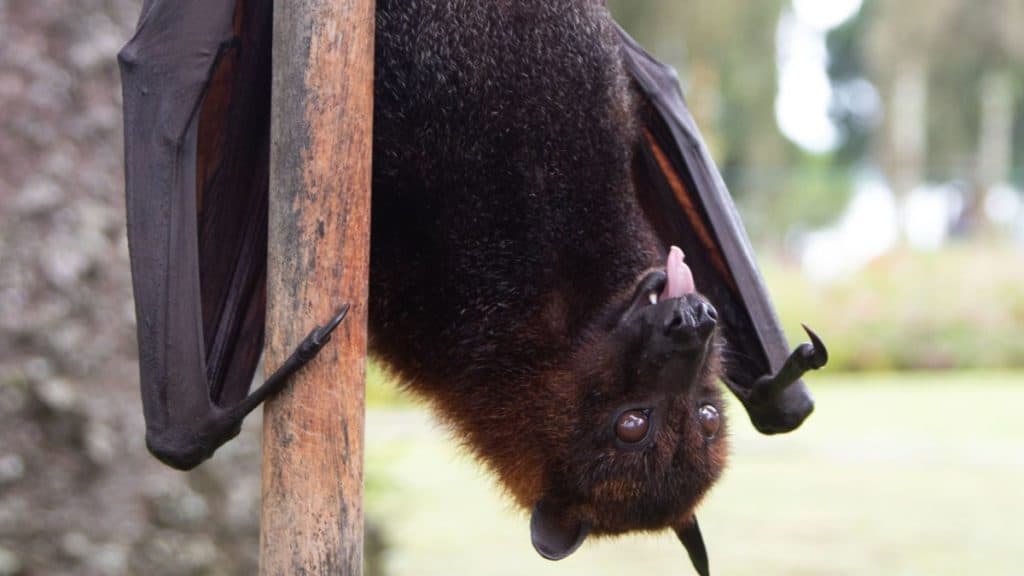 Bats are quite helpful in reducing the population of insects and mosquitoes. Remember, there is nothing to worry about as bats won’t do any harm unless they are in high-risk zones. If they begin to build their stay on trees, it’s time for you to keep them away as their droppings might pile up, and their presence will begin to be noticed.

Steps To Get Rid Of Bats On Trees

How To Get Rid Of Bats Under Roof Tiles

As discussed above, if bats are living under the roof tiles, you need to follow some steps to get rid of them naturally.

Steps To Get Rid Of Bats Under Roof Tiles

What to do if there’s a bat in your house at night?

Anywhere they can hang, like as behind drapes or upholstered furniture, on clothes pegged to the wall, or in house plants, is the most likely place for bats to take up residence in a home. Make sure to cover them with a plastic pail or something similar.

The bat may be trapped within a container by placing a piece of cardboard or stiff paper below it.

Also Read: How to Get Rid of Bats Naturally

What attracts bats to your house?

Shelter from the environment and safety from predators are all important factors in attracting bats.

A bat may get in via even the smallest of cracks or gaps.

Two examples of possible entrances are: Windows and Framing.

Are bats bad for your house?

Even in newly built homes, bats are a common sighting.

This is a tiny, non-lethal animal that poses no threat to your home.

How long can a bat survive in a house?

So, if a bat were to dwell near your house, it would have an excellent chance of living to be 15 or 20 years old.

If your attic has rodents or huge insects that it can eat and is a secure area for it to reside, it may be able to remain there for many years.

What smell will keep bats away?

Because their nostrils are more sensitive, powerful odors tend to frighten them.

Essential oils may be found in a wide variety of forms, but some of the most popular for bat removal include peppermint, eucalyptus, mint, clove, and cinnamon oils.

Why do bats keep coming in my house?

There are a large number of house bat colonies that are mother colonies.

If it’s been raining for days, the bats aren’t going to venture out.

Without a better place for shelter, they’ll be getting up and moving and experimenting with new things.

You never know where they’ll end up.

Where do bats sleep during the day in a house?

The greatest time to go bat hunting is during the day because bats like to sleep at night.

They frequently nest in the joists or eaves of the ceiling.

The guano you observe on the floor or on a windowsill or shelf is evidence that you’re housing a colony of bats.

Do bats return to the same place every year?

Our winters are too frigid for bats. While some bats hibernate outside of their nests, the majority remain within.

These same bats return to their hatching grounds in April.

Every year, if the bats have a nest in your house, you’ll see them in the same location.

If cinnamon is placed near a bat’s roost, the bats may become irritated and decide to leave.

Bats are frightened of peppermint, a fragrant plant. The bats will depart the home if you place either a leaf or an oil at the bats’ entry and exit ports.

Is it safe to sleep with a bat in your house?

Only 6% of the bats tested for rabies in the United States have the illness, according to the CDC.

I was assigned to Lisa Yee, a county epidemiologist, who indicated that sleeping in a bedroom with bats is a high-risk exposure scenario.

Do bats bite humans while sleeping?

Unfortunately, bats can and will attack humans at any time of day or night, even while they’re asleep.

Even while bat bites are excruciating due to the teeth’s razor-sharp points, if you’re asleep when the bite occurs, you may not even be aware that you’ve been attacked.

Will a fake owl keep bats away?

Bats can be deterred from entering your home by placing their natural adversaries, such as owls, near the bats’ preferred roosting locations.

The easiest way to keep bats away from your home is to get a fake plastic owl and hang it as high as you can.

Do mothballs get rid of bats?

Using mothballs to get rid of bats in your house is not only futile, but it may be hazardous as well.

Mothballs in your attic will expose you to these harmful gases, and it is also an ineffective technique to get rid of bats in your home.

You should avoid doing this.

Does ammonia keep bats away?

Using ammonia to remove bats and keep them away has been common practice for many years.

As the ammonia fumes flood the air, it is unsafe for the bats to remain in the area.

Unfortunately, ammonia is not a long-term solution to the problem of bats infesting your home.

Are there sounds that repel bats?

You can secure your entire home with the TBI Pro Ultrasonic Pest Repeller Wall Plug In.

Multi-frequency ultrasonic waves are all that’s needed to get the job done.

Pests like bats and rats are agitated by the noise, which is not audible to humans, children, or pets.

Does dryer sheets keep bats away?

There are a lot of bat droppings around the chimney.

The strong scent of dryer sheets, I’ve been informed, would deter bats from entering my home.

In the event this succeeds, I’ll apply this around the chimney, where the bats like to roost, and pray that they don’t return.

Do wind chimes keep bats away?

The windchimes’ loudness won’t scare the bats away, and they won’t depart on their own.

As a general rule, bats are reluctant to leave their roosts.

Because bats rely on sound waves for echolocation, the ultrasonic noise is intended to disturb them.

These are the steps that you must follow to get rid of bats from your house naturally.