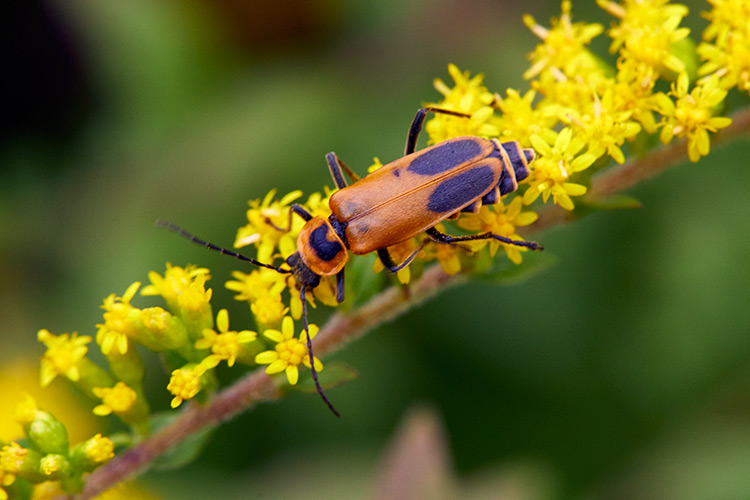 Soldier beetles love to live in your garden; they can even get inside your property. You must know everything related to this insect, and then you can then get rid of them naturally. To keep soldier beetles away from you, you need to know how to tell them apart from other insects.

Soldier beetles have softshells, and being omnivores can feed on small pests and flower buds. Depending on their life cycle, these insects can apply two different ways of feeding. Although beetles can prove to be a very annoying insect when clustered together, they benefit.

When there is a population of soldier beetles in a garden, they will keep other insects away. The problem with soldier beetles occurs when there are a large number of them. The most specific thing will be to find an effective option to get rid of them, and there are many natural ways to keep them out of your space.

When this insect enters your home, it is also usually very annoying since it will fly everywhere. Nobody wants to see insects inside their home, much less the soldier beetles because of their large size.

During the first life cycle, soldier beetles hatch from eggs, and their body is similar to that of a larva. During this cycle, this insect begins to eat the eggs of other pests found in the garden. And being predators, they can also harm the larvae of other insects.

This larva’s birth occurs when the weather is very hot, and they begin the search for some particular flowers such as marigold and goldenrod. The soldier beetle is known for its skills as a pollinator and feeds on pollen and nectar from flowers.

Since soldier beetles prefer to live in gardens and feed on flowers, they are not as likely to bite or bite humans. Soldier beetles can be good or bad, depending on one’s point of view. These insects can be beneficial during the spring as they feed on fleas that want to invade plants.

When male soldier beetles reach adulthood and become large, they begin their search for larger females for reproduction. These insects are soft-bodied, and their name is because they have red coats, just as the first British soldiers had them.

What Attracts Beetles To Your House?

When beetles seek to enter your home, it is to find a safe space to survive and feed. All insects seek this same objective, and that is why they manage to become very annoying pests. You may be doing some routines, and that being beneficial for the soldier beetles, they look for their space to live:

How To Eliminate Soldier Beetles Naturally?

You can get rid of soldier beetles found in your garden or the interior space of your home. You probably feel very uncomfortable every time you see these insects near you. To kill soldier beetles naturally, you can use some very efficient home remedies:

Soldier beetles will love living in your garden since, in that space, they can reproduce and feed whenever they want. It is also the right place for these insects to find others to use as a food source. If you have plants that generate sweet nectar or are very bright, they are also suitable for calling soldier beetles.

To keep your garden clean:

Keep your garden soil clean, and remove all excess plants or over water.

Seal the entrances of your home

Soldier beetles prefer to be in spaces like the garden, but there is still the possibility that they will want to enter your home. You must carry out an inspection of each room in your home and verify that there are no holes where these types of insects can enter:

All openings that you find should be sealed to prevent other types of pests from entering apart from the soldier beetles.

How To Prevent Soldier Beetles?

After you can get rid of the soldier beetles, you can take other preventive measures to prevent them from returning:

By following all the above steps, you can naturally get rid of soldier beetles. You must maintain proper hygiene in your home and garden so that no insects are attracted.