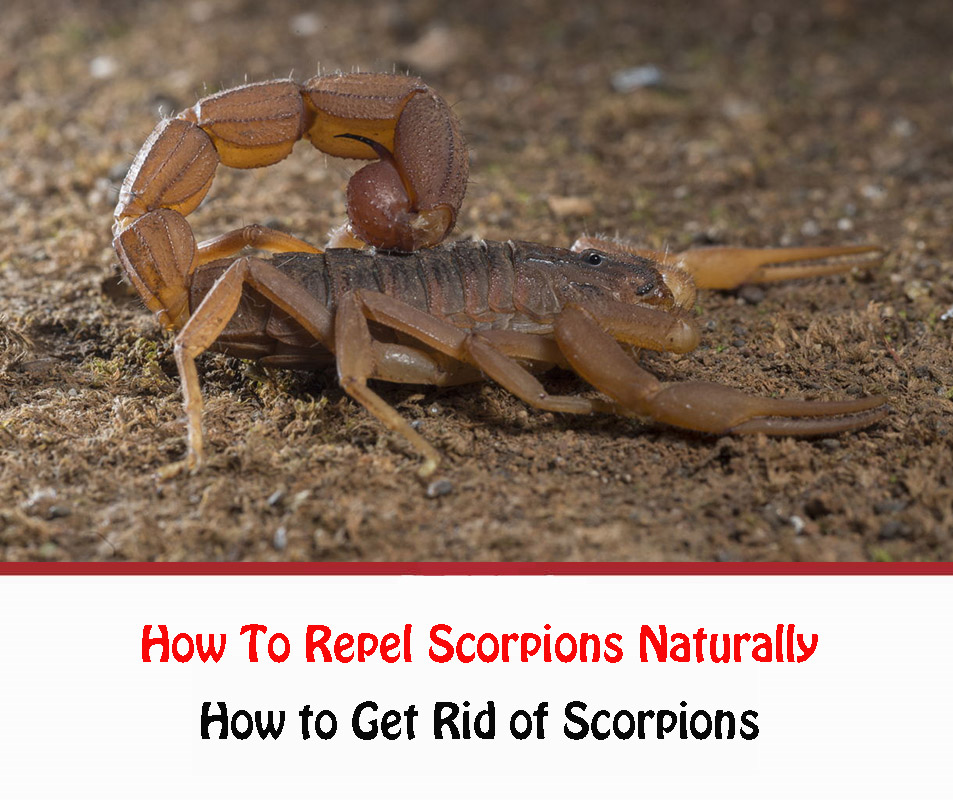 How To Identify Scorpions?

You can identify scorpions by many things, but mainly by their claws and distinctive tail. This animal has a yellow color, with brown tones and other areas of its semi-transparent body. You can see that a scorpion size ranges from 2 cm in babies to 10 cm in adulthood.

There are several types of scorpions that you can see at home or in another habitat and are identified by: 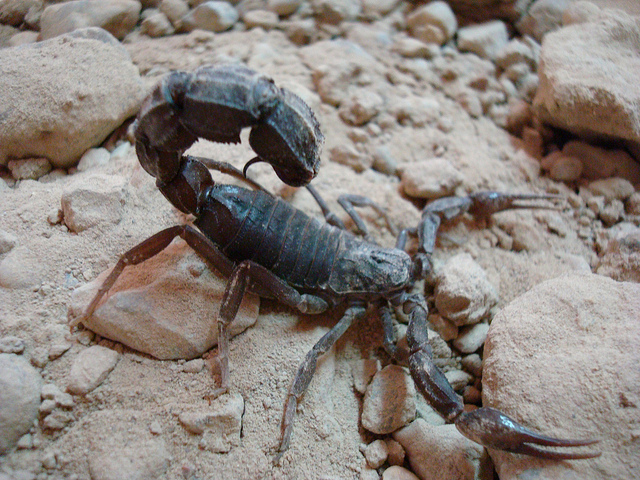 It is a dangerous type of scorpion because its venom is very strong for other animals and humans. They are characterized by their semi-transparent appearance and their very thick tail with a dominant stinger. 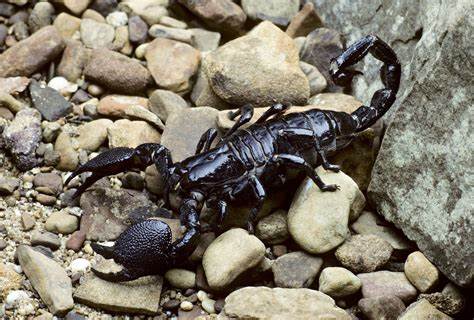 They are matte black with a very large size reaching 17 centimeters to intimidate you. It has a slightly toxic poison, but it is also dangerous for your body, so you should avoid them. 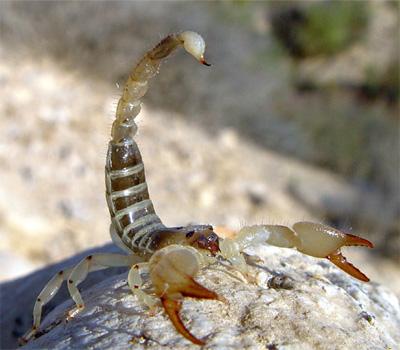 They are around 10 centimeters long, and you can recognize them by their semi-transparent appearance with brown tones. It is an alternative scorpion to the “thick-tailed scorpion” due to its diminutive appearance, although with very lethal venom. 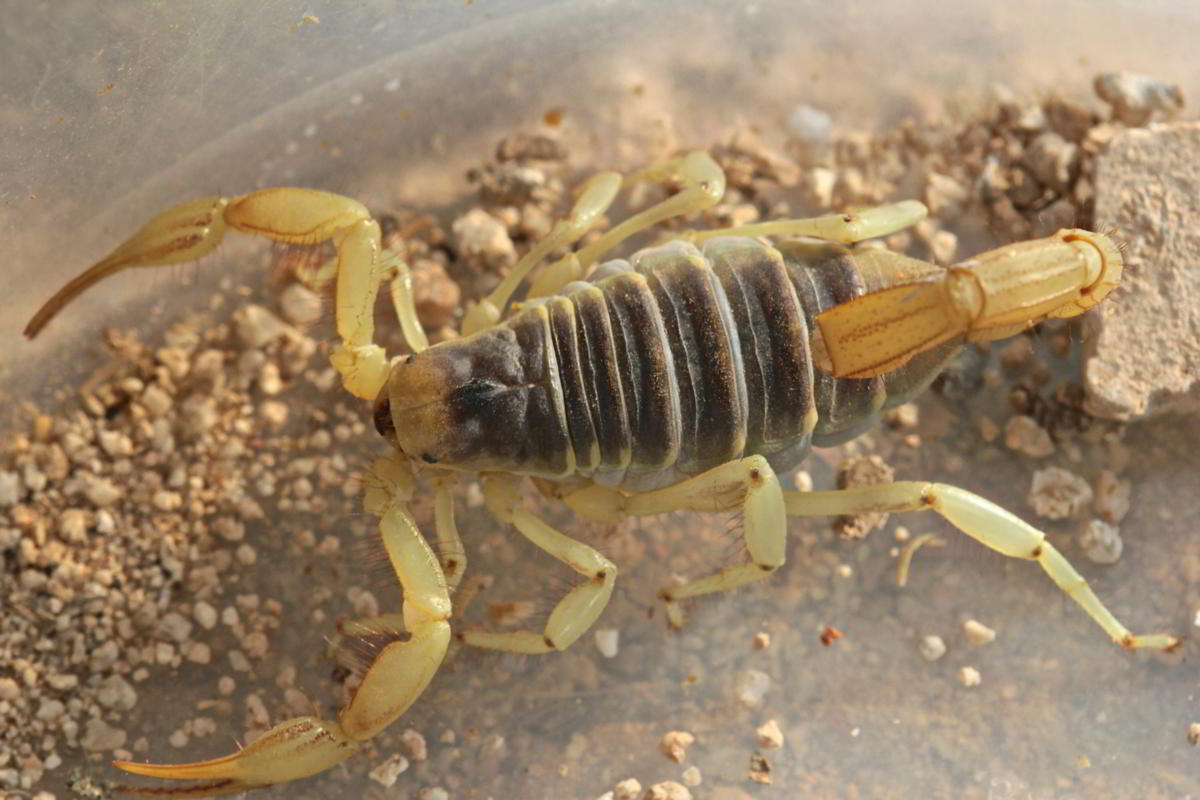 It is a small but very lethal venom scorpion compared to the world’s most dangerous snakes. They usually measure from 2 to 7 cm maximum, and their appearance in color is brown with yellow tones, gray in their body, and large claws.

Why Do You Have Scorpions In Your House?

The reason scorpions come to your home is to protect themselves from other predators in the environment. The scorpion can also prioritize your home for the amount of food and water they can have.

Scorpions are very dangerous to your life because their stinger has enough venom to trigger a reaction. You should take care of a scorpion sting to avoid an emergency visit to the hospital. The Arizona thick-tailed and bark scorpion are the most dangerous of your different species.

What Do Scorpions Hate The Most? 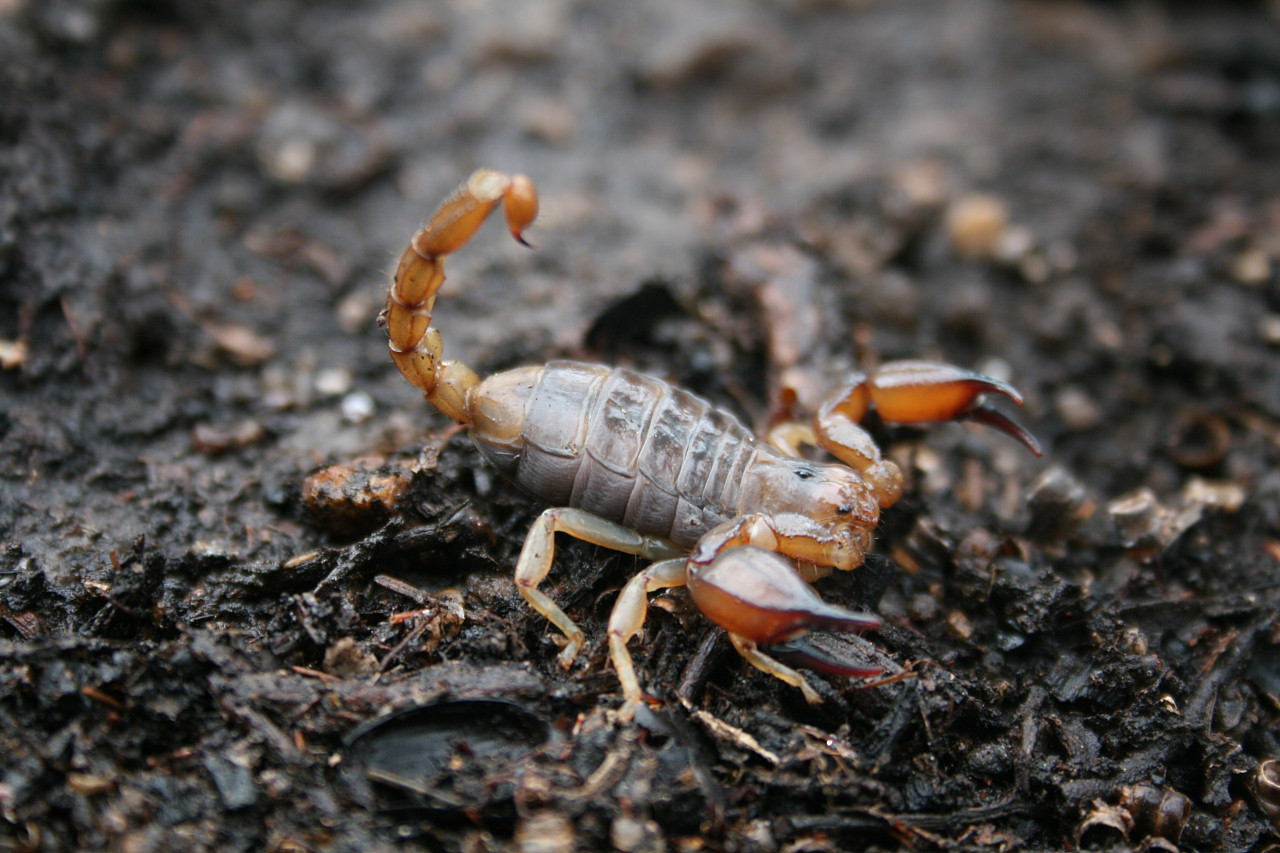 Scorpions hate strong smells a lot and more if they are citrus fruits that you have in your home. These animals can flee from those smells that damage their life causing them to suffocate quickly at home. You can use the scents of lavender, lemon, orange, or even cedar wood to avoid scorpion infestation.

How To Repel Scorpions Naturally?

So that you can repel scorpions at home naturally, you must use the following elements:

You can use cedarwood oil as a natural repellent against scorpions that want to enter your home. It is good to observe where the scorpions enter the house to apply the element there. Cedar oil gives off an unpleasant odor to these animals, causing them to flee the area quickly.

If scorpions focus on your garbage or food that you have left in the open, you must remove it to repel them. If you remove the food source, these animals will not have a clear goal to stay home.

You can seal the entrance through which scorpions pass into your house to avoid infestations. The animal may go under your front door, a hole in the wall, or another area you have to seal.

If you combine lemon with water, you can have a natural repellent against scorpions to keep them away from home. You only have to apply the product in the entrances to your home so that the scorpion does not want to pass through there.

Diatomaceous earth is another item that you can use against scorpions or other pests in your home. You have to buy this powder and quickly apply it to the infestation areas to repel scorpions.

How to get rid of scorpions naturally?

Now that you know how to repel scorpions at home, you must learn how to get rid of them quickly:

If scorpions from an infestation in your backyard, you can get rid of them by raising chickens. Chickens often eat scorpions, which is good for preventing serious infestation.

You can use citrus fruits like lemon to get rid of scorpions naturally in your home. All you have to do is spray this citrus in the areas where the infestation exists to kill them immediately.

For an effective repellent against scorpions, you can try cinnamon to eliminate them in no time. You must combine the cinnamon with water and apply it to the scorpions to suffocate them and kill them.

Peppermint oil may be your main ally against scorpions, so you should use it at home. This product suffocates the scorpions, which cause their death in a few minutes.

You can use a strong-smelling product like bleach to get rid of scorpions in your home. This product quickly kills the animal, helping you avoid an infestation at home.

You can eliminate the scorpions’ food and water source, so they avoid staying in your home. This animal will stay away from your house if it does not have the means to survive, so you should eliminate its source of life.

If you have a mess in your yard or house that attracts scorpions, it is time to clean everything up. You should try to have a clean house or patio, failing to attract animals, bugs, and pests such as scorpions.

When you prune your plants, you have to do a complete job of cleaning all the clippings. You must remove the excess that each plant has and send it at once to the garbage can to avoid scorpions.

Another thing that you have to do in your home to avoid scorpions is to cut the lawn every so often. You must avoid that the grass grows too much not to have the scorpions at home taking over your yard.