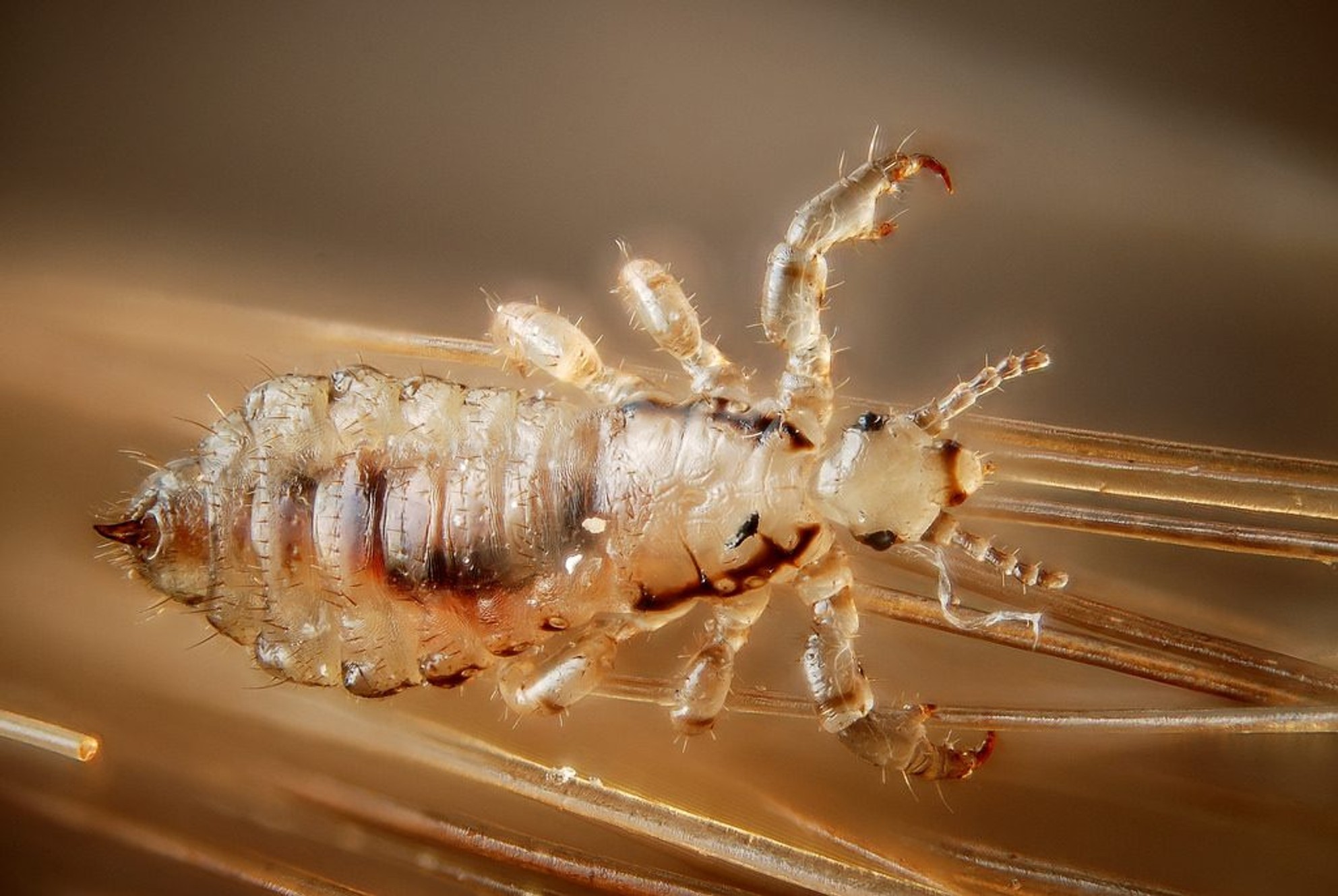 Lice refer to parasites that jump on to human hair and drink their blood. A head lice infestation is known as Pediculosis capitis medically. It has been said that upwards of 12 million infestations of head lice happen in the United States each year, according to the Centers for Disease Control and Prevention (CDC).

Each day, female adult lice lay upwards of six eggs directly onto the hair. When the eggs are around six millimeters from the scalp, they will most likely hatch. The eggs don’t move around because they are almost glued to the hair using the secretions from the adult female lice.

Eggs take around 7 days to hatch, producing a nymph. From this point, the nymphs will have about three successive growth spurts. They molt during the spurts until they reach the size of an adult.

A good indication of the size of adult lice is sesame seed. Lice can be lots of different colors such as tan, white, or brown. Around four to five times per day is the amount of times the lice will feed on blood.

They feed by biting the human skin and producing a substance that stops the blood from clotting. Lice affect anyone, especially if you have nice, clean hair. However, some are of higher risk than other people. Lice can be very unpleasant, causing people to scratch their scalp and feel uncomfortable rapidly.

Dandruff is a very common skin problem that is not contagious. It affects an individual’s scalp, specifically the skin covering the top and back of a person’s head. The result of dandruff on the scalp is that it will cause flakes of skin. You cannot catch dandruff from another person; however, the skin condition can vary from mild to more severe cases.

The skin conditions occur on people whose skill cells renew the most rapidly. What this essentially means is that more dead skin cells are shed for people with dandruff, and this issue is very noticeable. This is often the reason there are so many shampoo brands marketing their products as a dandruff treatment.

Being so common, a mild dandruff skin condition can affect pretty much anyone. However, it generally will affect more men than women. It is also a problem that commonly comes about after puberty. It is particularly common for individuals in their twenties to have dandruff. This skin condition does not usually affect children who have not yet hit puberty.

Also Read: How to Get Rid of Booklice Naturally

What Are the Similarities Between Lice and Dandruff?

Both lice and dandruff are considered to be noticeable conditions in that the effects are easy to spot. For dandruff, this is in the case of skin cells flaking off, which can appear all over the scalp looking like white specs. Lice show up as white specs across a person’s hair too. Both look very similar; however, it is only on a much closer investigation with a magnifying glass that people can see the difference because the lice insects are so small.

These conditions can cause very similar issues in some people. Lice and dandruff have two common symptoms in particular. They both cause severe and regular itching. They also both cause white specks that can be noticeably seen on the person’s scalp. Lice cause itching when the lice feed on the human’s blood while dandruff causes itching because it is considered dry.

Another similarity between lice and dandruff is that they involve treatment using shampoos tailored for the specific issue. For example, with lice, the treatment is generally a medicated shampoo, while with dandruff, many drugstore brands such as Head and Shoulders sell shampoos tailored to treating dandruff. Alongside drugstore branded shampoos, there are options for medicated shampoos for treating dandruff too. In saying this, you can also get medical treatments for both head lice and dandruff. The shampoo is not the only form of treatment.

Although both lice and dandruff do not come with the same reason, there are many misconceptions about both skin conditions. Many believe that both people with dandruff and people with lice do not wash their hair or are dirty when both conditions are not caused by uncleanliness. Lice, in particular, gravitate toward clean scalps, and dandruff happens from a person’s skin cells shedding so rapidly.

This is a misconception for both skin conditions that makes people who experience these issues feel very embarrassed. This embarrassment can prevent them from accessing appropriate treatment. Although the exact causes of dandruff are not widely known, it does not come down to a matter of poor personal hygiene, neither does lice.

Differences Between Lice And Dandruff

There are differences between lice and dandruff. One being that dandruff is not contagious while lice is. In addition, lice lay eggs while dandruff is simply flaky skin. Both cause the person to itching their head a lot, however, with dandruff the itching is more severe than with lice. Lice can cause further problems such as bacterial infections while dandruff will not cause further problems. In addition, you need a magnifying glass to physically see the lice insects while with dandruff, it is very noticeable. Also, when it comes to lice, there is moving creatures on your scalp whereas dandruff is not a living being. Dandruff flakes will also easily fall out while lice are difficult to get out as they will attach themselves to the hair. Dandruff can also cause someone’s scalp to get white or yellow scabs causing the skin to become oily or scaly.

In summary, lice and dandruff have their differences. Lice are tiny insects which lay eggs on the hair rather than the scalp. They feed off of human blood and quickly multiply to create an infestation. Meanwhile, dandruff is flaky skin cells shedding from the top and back of the scalp. The cause of dandruff is unknown and then is generally characterized to be common among those whose skill cells renew rapidly. However, the two skin conditions share some common ground in that they are both highly unpleasant, causing itching and white spots appearing on a person’s scalp, hair, and clothes.

The treatment for lice and dandruff generally fall in a similar domain in that both can be treated with medicated shampoos and general medication. However, dandruff can be a much easier problem to solve with the option of drugstore dandruff shampoos to save the day. Lice can be very difficult to eliminate from the scalp due to their rapid multiplication. There remains a misconception that both skin conditions are caused by poor hygiene, which is most certainly not the case. Lice are much more eager to hop on clean hair, and dandruff is just something that happens, particularly when someone experiences a dry scalp and has fast renewing skin cells.