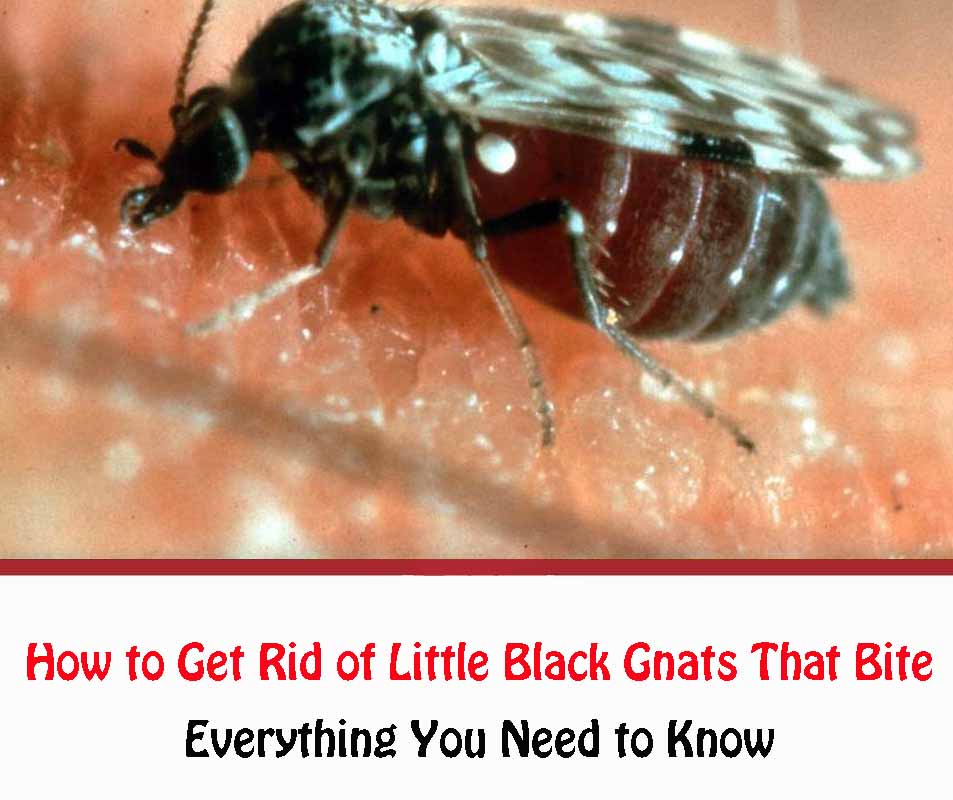 Having a bunch of gnats flying around your head can be a nightmare for most people. But, before you dive into how to get rid of these gnats, you should know what they are. Most often, people confuse it with mosquitoes, but they are not. So, if you are looking for a way to eliminate these tiny creatures, then you have come to the right place.

What are tiny black gnats that bite? 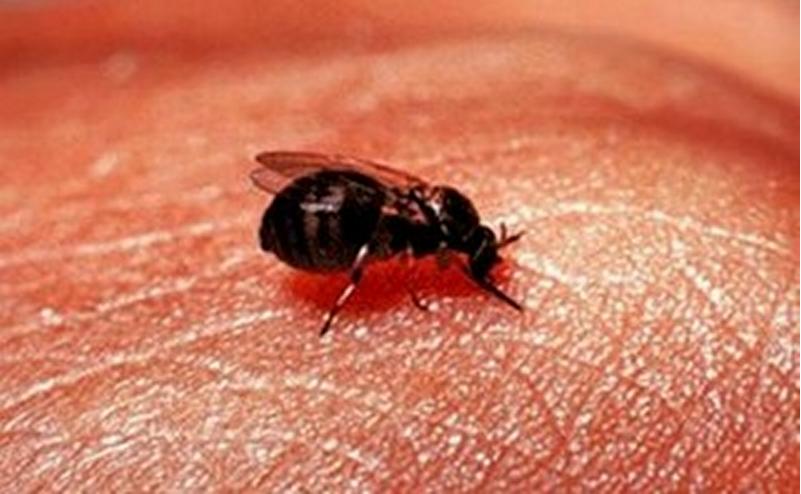 First, there are so many different types of tiny, flying insects referred to as gnats. However, you should know that not every insect, flies, or gnats bite. A lot of species are dependent on other living organs, insects, and decaying plant matter. So, you might ask, what are those tiny black gnats that bite?

Well, those gnat species usually feed on the blood of people and animals. However, most often, it is a female gnat that needs blood before she could lay eggs. You should know that some common species of gnats that bite are deer flies, buffalo gnats, biting midges, stable flies, or sand flies.

Gnats are further divided into two major categories: biting gnats and non-biting gnats. However, you should know that biting these bugs is not that painful, and it totally depends upon the individual bodies to react to the wanted pathogen ingested in your body.

In some cases, the bite can make the surrounding area a little itchy, and you might feel pain and a burning sensation.

However, some individuals showed symptoms of fever for several hours after getting bitten by these insects. In rare cases, some people even reported that they had experienced breathing problems.

It would be better for you to disinfect the bite area, and it can be done using soap and water. Plus, there are several disinfectants made of vinegar, which could be effective in cleaning the area.

A biting gnat is usually referred to as an annoying insect hailing from the Diptera family. However, they have a similar structure to mosquitoes, but they are smaller in size. You should know that gnats have sensitive receptor organs used for sensing food smell, and they have four cutters inside their mouths, which they use to slice the skin.

And they release an anti-clotting agent to prevent the blood from making a clot. So it helps them to suck up as much blood as they want from an unwilling host.

Where are these little black gnats coming from?

Usually, these little black gnats are likely to enter your home from an open window, holes, or cracks in the walls, foundations, or doors. However, you should remember that these tiny creatures infest rotten fruits, trash cans, and other places with moisture. You can also find them on decaying organic matter and ensure to look through the toilets, drains, or sinks, where moisture is possible.

What are black gnats attracted to? 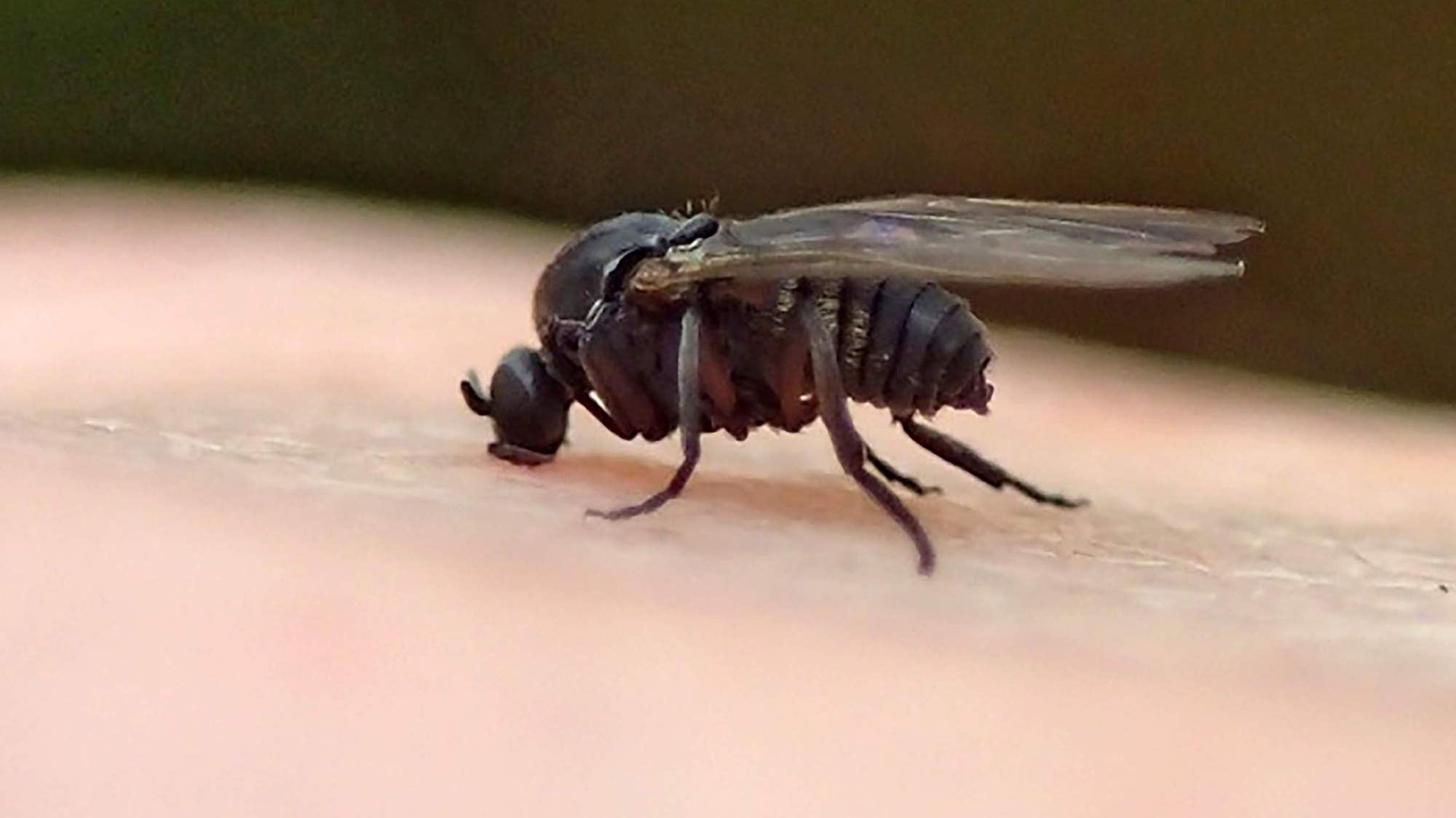 Gnats are mostly attracted to organic material and moist places, which you are likely to see on summer days instead of winter. Usually, they enter various places in search of food and a breeding place. They are highly attracted to decaying organic material like rotten fruit or decaying leaves and moist areas in your house, like wet sinks, wet potting soil, and drains.

The common gnats are even attracted to body heat, tears, nose mucus, perfumes, detergents, and hairsprays. They also like to be around light fixtures or lamps.

Also Read: How To Keep Gnats Off Window Screens

How to Get Rid of Little Black Gnats That Bite

As discussed above, there are several methods that you can use to eliminate these little black gnats that bite and prevent them from further infesting your house.

Now, you know that these pests are attracted to moist places and feed on organic material. So it would be better for you to clean your kitchen, replace your potting soil, and seal your drains. For instance, you are removing dead leaves, rotten roots, and fruits.

You should dispose of organic foods outside and ensure to tie the plastic bag tightly to prevent gnats from getting attracted to the smell. You should clean all moist areas such as leakages and drainage. So you must cover any leakage and fill the holes to keep your kitchen dry.

To eliminate the chances of further infestation, you should search for their breeding ground to kill the larvae and end this vicious cycle. Some species of these gnats live inside the soil, where adult gnats fly to continue breeding. While some species are living inside decaying fruits or near a moist place.

So it would be better for you first to find the hotspot of their infestation and start by eliminating the source and larvae to prevent further infestation.

This is the most effective DIY repellent for killing adult gnats without using any harmful chemicals. The best thing is that it works on every species of gnats and other insects too.

How to Prevent Gnats Infestation in the future

To prevent further gnats infestation, you should take several measures to keep at bay.

Now you know how to get rid of these tiny black-biting Migas, so whenever you notice any of these flying creatures roaming inside your home. It’s time for you to eliminate every one of them to prevent further infestation.

Black GnatsBugspests
Previous Post Does Lavender Get Rid Of Moths?
Next Post How to Get Rid of Mealworms in Carpet Naturally