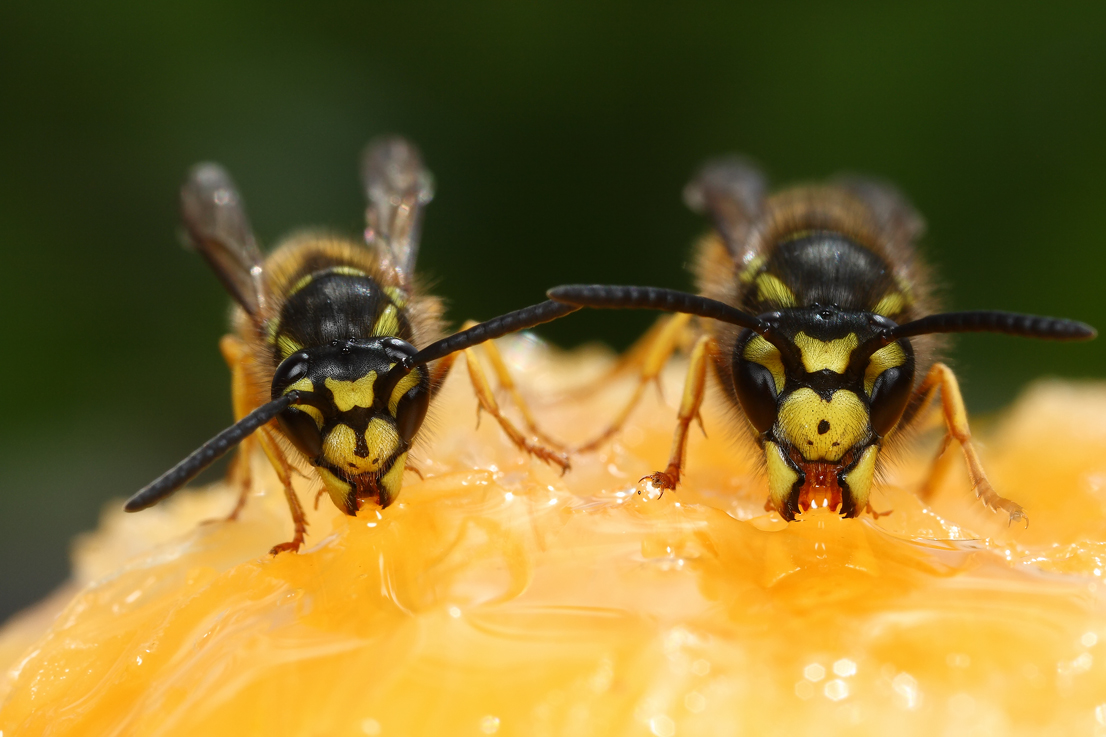 If you have a wasp infestation in your house, you need to know the differences between male wasps and female Wasps. Female wasps tend to be more territorial than males, which is why you should know how to recognize them and then run away.

These flying insects can create a very annoying infestation in your home that will damage your house and put your life at risk.

Know if the male wasps leave the nest to pollinate or for another reason they move away from your habitat. You can also tell if female wasps kill males for food just like other insects do.

Finally, you can know which one is more aggressive to flee when you see them.

Differences Between Male and Female Wasps 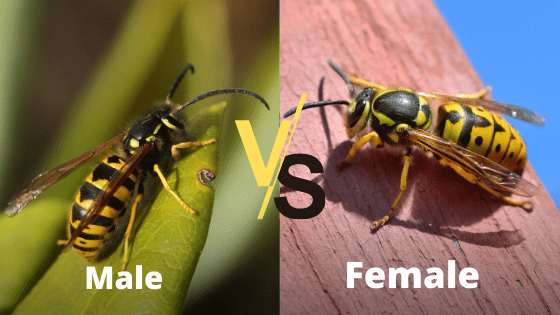 According to our research about the difference between male and female wasps, you must take into account some points:

Female wasps are larger than males because they must have a body suitable for carrying their eggs. In addition, the abdomen area in female wasps is more prominent, while it is not good in males.

Female wasps tend to live much longer than males because they must preserve the species. Male wasps also tend to die quickly because they eventually emerge from the nest and face predators.

To search for food, female wasps tend to move more than males and even consume more food. Therefore, these female wasps must feed and have enough energy to support their larvae.

Do Male Wasps Leave The Nest?

Yes. The habitat of male wasps is carefree, so they usually leave the nest after reproducing. The male wasps do not have a clear objective next to the females that usually do everything to keep the female wasps. Female wasps are also usually territorial and can occasionally run off males.

Female wasps can threaten to sting males if they dare to touch their food but do not kill them. In general, male wasps reproduce, and within weeks, they die because they leave the nest. Female wasps are very independent; they do not depend on males or a food source.

The only way that female wasps kill male wasps is because they want to steal the food that I accumulate. The female wasps are very dominant in the species, being above the males. Therefore, both wasps can have battles over food that was collected and left in the nest.

Due to this territorial environment created by the female wasp, the male wasps from the nest after reproducing.

Female wasps stay in the nest for a long time, caring for their larvae and food. Normally only one female wasp per nest will be found alongside its larvae, and males are found in other areas.

Do The Male Wasp Sting?

Male wasps have a great disadvantage: they cannot sting people or animals that threaten them. These wasps do not have a stinger to defend themselves, so their life span is severely affected. On the contrary, female wasps do have a stinger without spikes to sting the enemy without stopping.

The only defense the male wasp has is to run away from the predator and fly as fast as possible.

The good thing about the male wasp is that its tiny body allows it to sneak away from the predator, unlike the female. These male wasps can fly faster and be slightly more flexible than the female wasp.

The wasp sting is usually painful and can irritate the skin of the person or animal that has been affected.

If you receive a wasp sting, your skin may become red and even get a lump in the area.

For allergy sufferers, it is preferable to stay away from wasps because they can sting you repeatedly.

Something that differentiates wasps from bees is their ability to sting repeatedly to defend themselves. The flying insect is also larger than bees that you can see on many occasions. 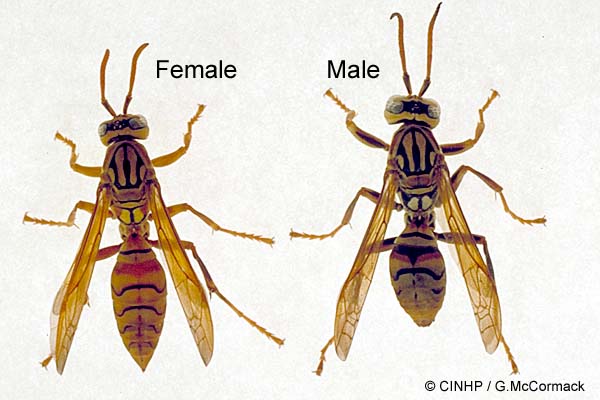 Something peculiar between male and female wasps is that the latter are the ones that build nests and not the males. The female wasps do all the heavy lifting while the males only take care of reproducing. The female wasps will make the nest before winter arrives to protect themselves from their creatures.

On the other hand, the male wasps will only help the female to collect sticks, mud, feces, and other things for the nest. It is very fast how these wasps work to be able to create their home before winter. The nest is built in the fall, in the highest area they can and free of predators.

If you let the wasps come into your home and create their nest, they can leave it in the garage or corners. These wasps build nests of an average size where they can live alongside their young. The color of the wasp nests is brown, grayish, and with some black touches from the feces.

To remove the nest, you will have to wait for the wintertime because its bark is weakened. However, as the temperature drops, the wasp nests are affected and make the job of removing them easy.

As a last tip, you must use the correct equipment to recognize and eliminate wasps in your home. In addition, you should wear a good suit and mask to prevent female wasps from biting you and causing great pain.