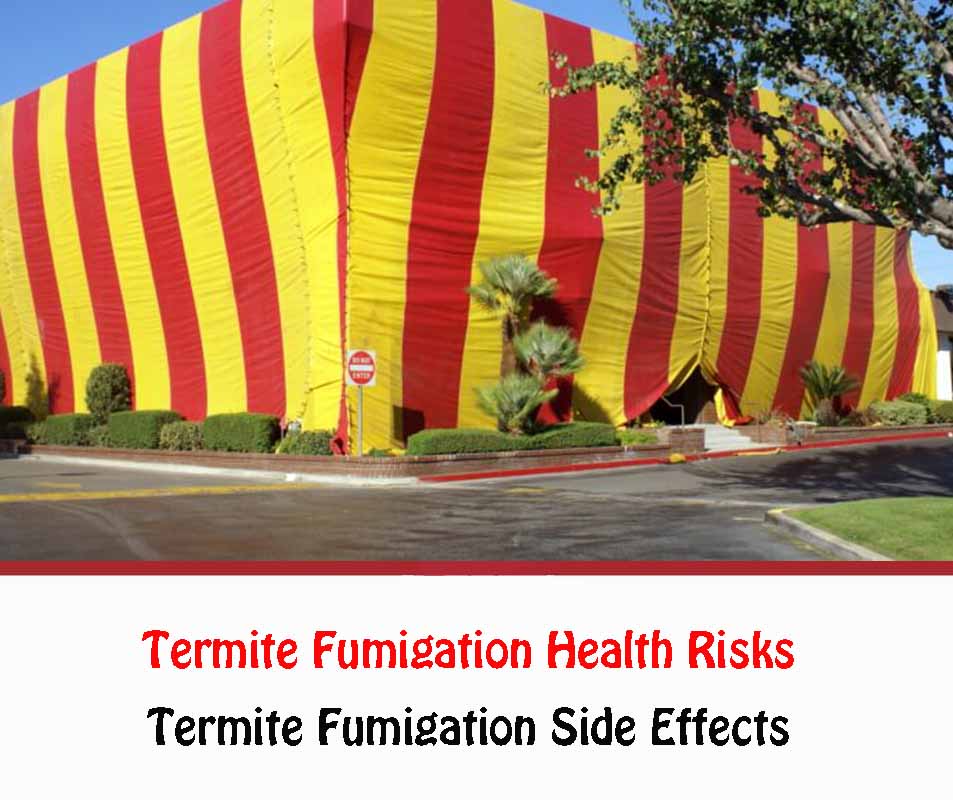 Fumigation is an effective method to control pests such as termites. You cover or seal up the area with a tent and then pump the chemicals into the soil or building in a controlled and seal environment. Fumigation is otherwise known as tenting.

About 90-95% of fumigation methods in the US use sulfuryl fluoride, also called Vikane and Termafume. It is a colorless and odorless inorganic compound that poses a risk to all living beings. The EPA banned methyl bromide in 2005, which is another compound being used for it. Ever since then, it is no longer so much in use. Nonetheless, sulfuryl fluoride is registered with the US EPA as a rodenticide and insecticide. This gas is known to be a central nervous depressant for humans, animals, and plants. It also has side effects upon its use. In 2003 and 2014, there were 59 cases of illness reported in California due to the use of sulfuryl fluoride. 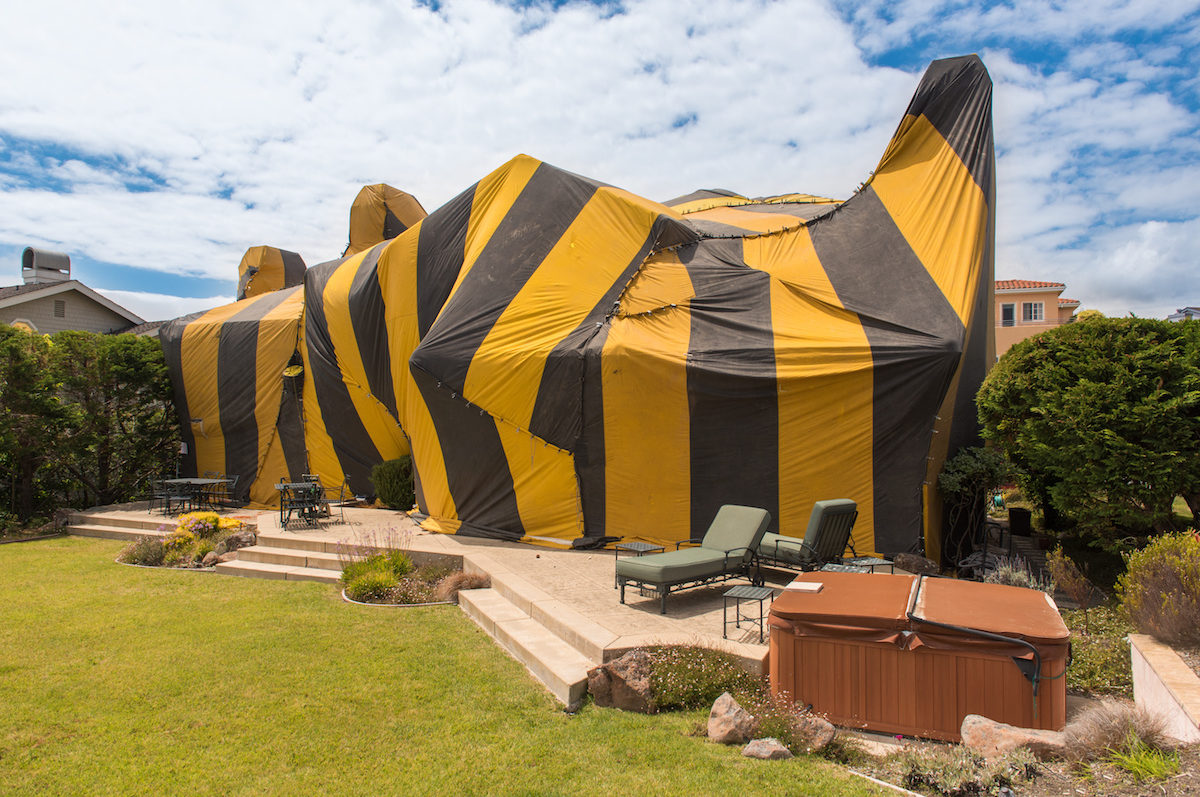 You must avoid inhaling these fumigation gases. This form of chronic inhalation proves fatal. These fumigants are odorless, so you may not even realize that you inhaled them. The ones applying fumigation or the pest control experts often use the equipment for personal protection, such as respirators, goggles, gloves, and boots. Stay away from the fumigation site when you are not a part of the pest control crew or have no proper PPE to wear.

Below we discuss some of the side effects of termite fumigation:

Most fumigants contain sulfuryl fluoride, which is toxic for humans. People who have a chronic respiratory illness can suffer more when exposed to these fumigation gases.

These fumigants harm animals too. However, they do help in pest management affect animals such as pets like cats, birds, dogs, and others, adversely. Termite fumigation affects these pets a little differently from humans; however, it is a matter of concern. Common symptoms include difficulty breathing, irritability, bleeding, watery eyes, convulsions, tremors, seizures, excessive saliva, and running stomach.

Termite fumigation can be devastating for plants and vegetation around that area. Sulfuryl fluoride is many times more powerful than carbon dioxide. These plants or vegetation that may include garden herbs, indoor plants, seedlings, vegetables, and seeds, suffer serious burns or die due to this exposure. The fumigation also damages surrounding foliage.

Effects on the Environment

These gases are not ozone friendly either. EPA banned methyl bromide for the same reason. They lead to air pollution. The gases quickly heat up many times faster and more efficiently than carbon dioxide, thereby accelerating the greenhouse effect and leading to global warming. The concentration of these chemicals, gases and their duration of exposure also determine the severity of their effect on the environment. Sulfuryl fluoride shows action for 36 years after being aerated and released in the air.

Fumigation releases toxic gases into the air from the home and also harms the environment. Sulfuryl fluoride causes global warming. The concentrated fumes of fumigation when inhaled cause vomiting, red eyes, nausea, coughing, itchy skin, sweating, excessive secretion of saliva, stomach upset, and difficult breathing. Fully exposing to these fumigation gases can prove fatal and also cause death. Furthermore, fumigation releases some chemicals that damage the neurological system. Whenever you experience symptoms as a result of chemical exposure, quickly resort to medical advice. Even if you have no symptoms post inhaling these fumigation gases, you will need to consult a medical professional to avert long-term effects or health risks.

Also Read: Do Termites Come Back after Treatment?

What to Do After Fumigation?

After fumigation, the technicians will check if the home is safe to occupy and free from fumigation gases. Return home only after 24 hours because you must wait till the aeration period is over after the fumigation is complete. Use a gas detector to confirm your home’s safety. These fumigant gases can settle on clothes, owing to their penetration properties.

Open all doors, windows, and ventilators for free air circulation. Switch on the fans. You can also hire a cleaning service for your home after the process is complete or use vacuums to clean up by yourself. However, discard the vacuum bag that may contain dead bugs and termites. Mop all hard surfaces such as bathroom tiles and later discard the mop. You will need to wipe cabinets, washers, countertops, and dryers and not vacuum them. Wash up and change the furnishings. Additionally, throw out food kept open during fumigation. Replace all items in the bathroom.

How Long After Fumigation is it Safe for Pets?

You must wait at least 24 hours after the fumigation process is complete and then you can safely put these pets back in your homes.

BugspestsTermite FumigationTermites
Previous Post How To Get Rid Of Spider Webs Outside Naturally
Next Post Do Cockroaches Crawl On You At Night?