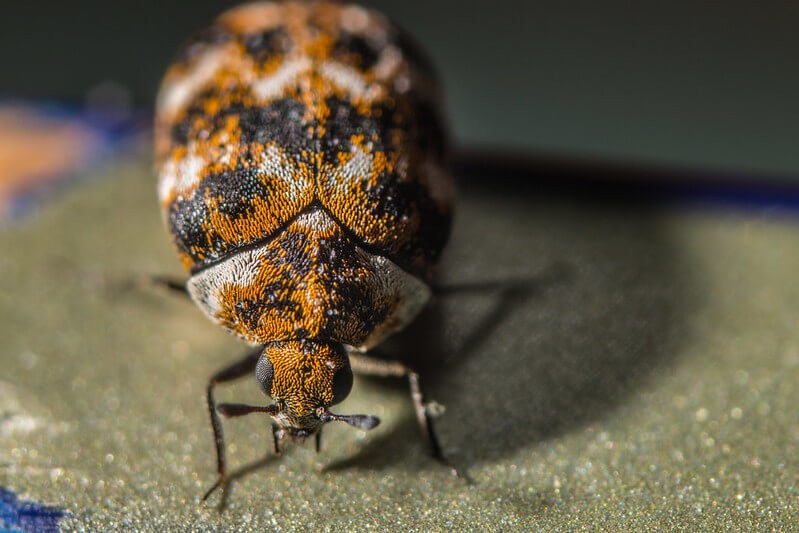 You may have a pesky pest in your home, such as the carpet beetle that will form a serious infestation. You should know how to get rid of the insect, but not without first knowing its diet. Carpet beetles tend to eat almost anything in their way, but they do have a few favorite items in their diet.

You can know in-depth what foods the bug brings to your house, with which it can also form an infestation. You have to interrupt their food chain, so you don’t have a big pest problem in the home.

What Do Carpet Beetles Eat? 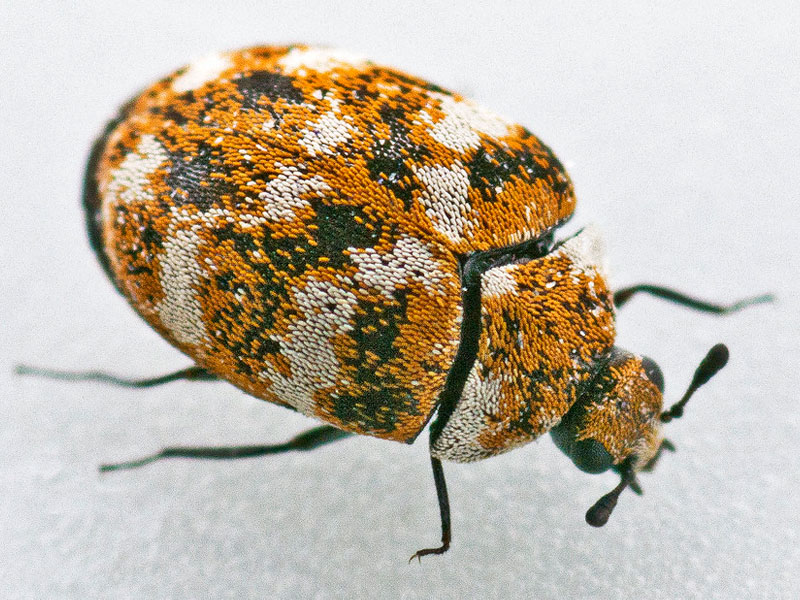 Carpet beetles can be attracted to several organic foods or materials such as:

If you have beautiful cushions adorned with silk, this element may be the beetle’s main attraction. This bug bleeds the silk that is in your house until it is finished. You can see small holes in the silk, which will show you how legal and annoying carpet beetles are.

Most of the cushions you have around the house are filled with cotton and feathers, which can attract the carpet beetle. The insect will make its way into the cushions or sofa to feed. You may notice how your cushions lose their softness, and you will also see some long beetles popping out.

Living up to its name, the carpet beetle can eat this material made up of several elements. You only have to shake your carpet to see the thousands of baby beetles crawling out of there. The carpet can attract the beetle because it can also have food debris, your pet’s hair, among other things.

Wool and leather also tend to attract the insect, so again your sofas may be in danger. You must take care of your furniture at home because this pest can attack it.

The oils that you have in your kitchen can prove to be delicious for the carpet beetle. You may suffer a direct infestation with this bug in the kitchen that will seek to feed on your soybean oil.

Any cereal that you have discovered in the kitchen can turn out to be an invitation letter for the beetle. You should try to store your cereals very well so that the insect does not reach your kitchen. These beetles love the cereals that you frequently feed your children, feed yourself, or give to your pet.

Although rare, carpet beetles can taste the flavor of dairy. If you have a small child with whom you are used to making his bottle, the milk may attract the insect. You will only have to leave the milk stored in your fridge to avoid these beetles.

Your dog is also not spared from carpet beetles because the insect preys on his hair and food. You don’t have to leave leftover food in your pet’s bowl so the critter won’t seek to feed.

Carpet beetles will not only be attracted inside your home but also outdoors. If you have a small garden where you have some flowers, this may attract the insect to your home. The beetle tends to feed on the pollen and nectar your pests give off, but they don’t eat enough to kill them.