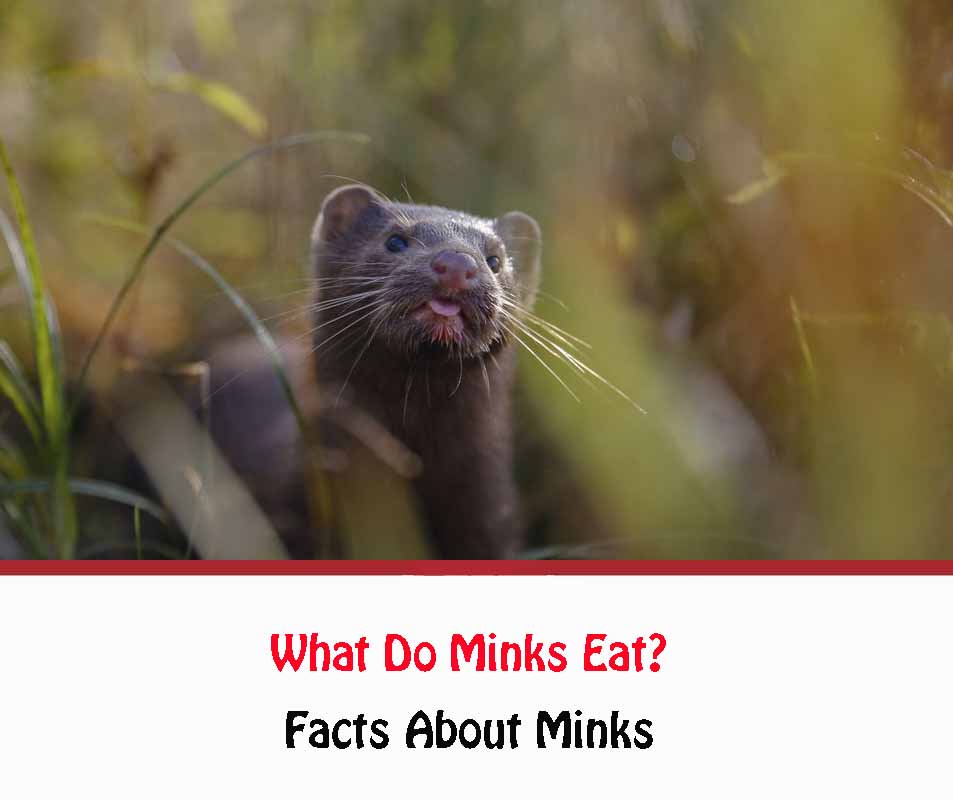 The mink is a carnivorous animal very similar to the marten. Its head is broad, its shiny coat is uniformly brown, and it has very short ears. It has a slightly darker stripe on the dorsal part and has short limbs and wide legs. The fur industry greatly covets the fur of this animal.

Minks are smaller than otters but somewhat larger than an ermine. It measures approximately 30 to 40 centimeters. The weight of females ranges between 700 and 900 grams, and that of males between 1.2 and 1.5 kg.

The mink’s feet are slightly webbed so that it can swim with great skill. Their skin is thick and waterproof because it is adapted to their water activities. In its search for food, it can dive up to 5 meters deep. It has excellent vision, a good sense of smell, and a magnificent hearing to be a hunter with great precision.

Where do mink live?

The minks live in different aquatic habitats; they are even found on the coasts. It is a species that prefers environments with banks of watercourses covered by abundant vegetation and rocky sites to build safe dens. Their burrows are always near water. They normally upholster their dens with herbs and dry leaves mixed with the fur of their prey. 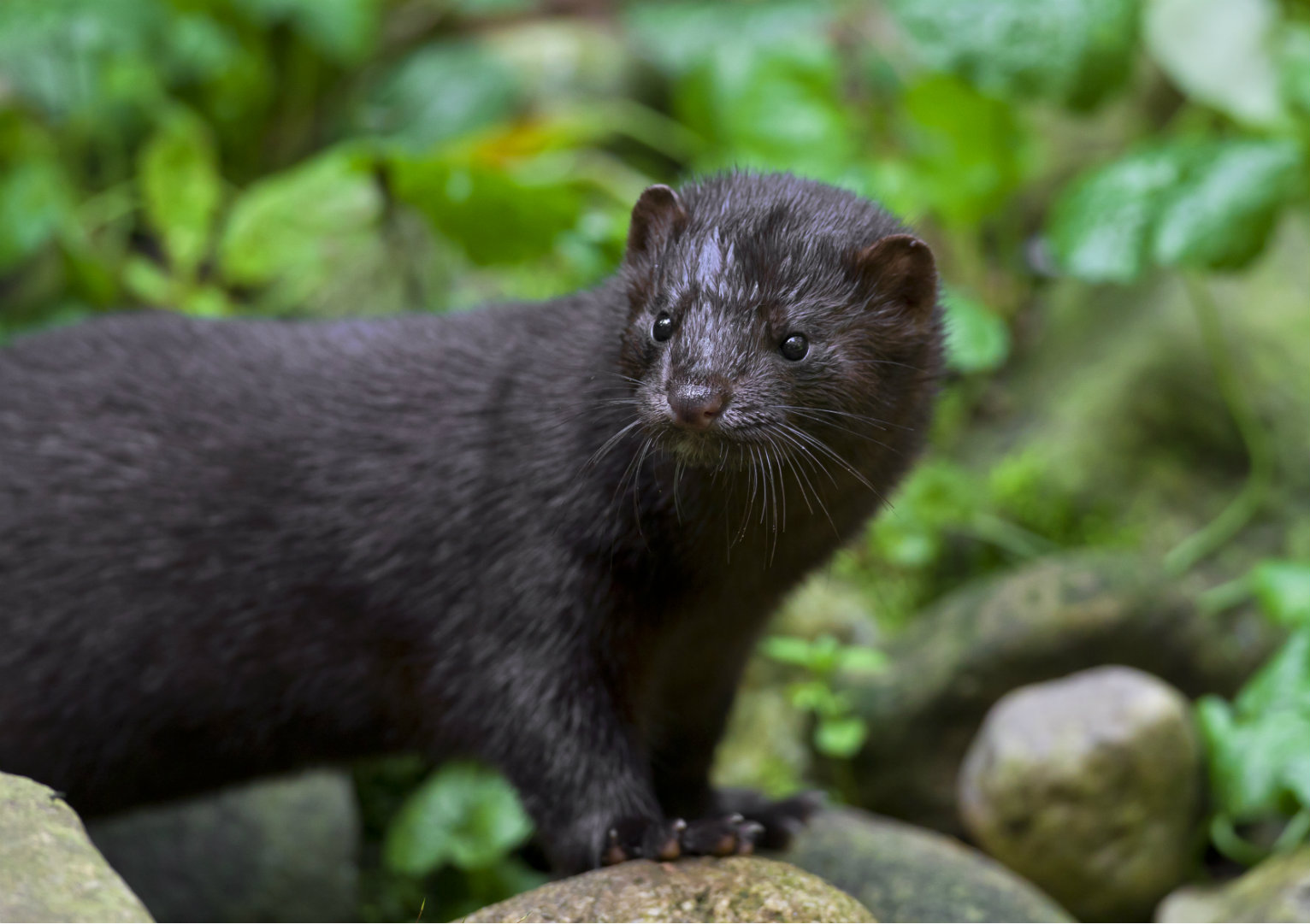 Minks are dangerous to animals that live where they develop their habitat. They have an incredible ability to adapt. Once installed in the place, they colonize and displace other species of animals.

They are violent mammals, can reproduce quickly, and kill their prey very quickly. They can be great invaders in urban areas attacking poultry and pets. They are capable of generating environmental imbalances when they become large herds.

What Do Minks Eat?

The food spectrum of mink is very wide. It can eat any prey ranging from the size of a dytiscus to the size of a rabbit. Any fish or mammal that is in that range can be easy prey for mink.

Due to its ability to submerge in water, reaching depths of up to 5 meters, minks eat a wide variety of fish; even crabs are a delight for them.

Mink eat small mammals such as rats, voles, and mice. They are very agile and move at high speed, so these crawling animals are easy prey.

Birds are also prey to this predator but as a compliment, especially when there are abundant ones. Ducks, chickens, hens, and herons are their complementary foods. There are also times when they can become scavengers.

Evidence has been found of mink attacks in poultry farms, birds killed by mink bites on the animal’s neck, and blood extraction evidence. In general, these attacks are produced in winter when prey is scarce, and the minks go out to look for food, even in urban areas. They kill dozens of birds by drawing their blood, but they do not eat them; they eat one or two specimens when they are hungry.

When mink have their habitat affected, they tend to move to poultry farms in search of food. Mink has been found hunting free-range chickens for food. Sure, when the bird is a size that the mink can handle.

Are the minks aggressive?

The mink is usually considered as vicious. And this reputation was attained by its practice of frequently killing prey bigger than itself as well as killing much more prey than it is able to eat. Mink are active and aggressive. They’re good swimmers and also can climb trees.

Can mink attack the cats?

Pet owners are already warned to be aware after a spate of mink strikes on tiny animals in Co Donegal. And an animal welfare charity claims they’ve been informed of many strikes in and around the Donegal Town areas and the Ardara. The nasty creatures have attacked lots of cats, hens as well as tiny dogs.

Can the mink kill a dog?

And the city manager is aware of the predicament as well as councilors are informed that the mink, that are not indigenous to Ireland, are killing and attacking animals, birds, and fish. “They have a disastrous impact on all wildlife, and they also attack horses and dogs.