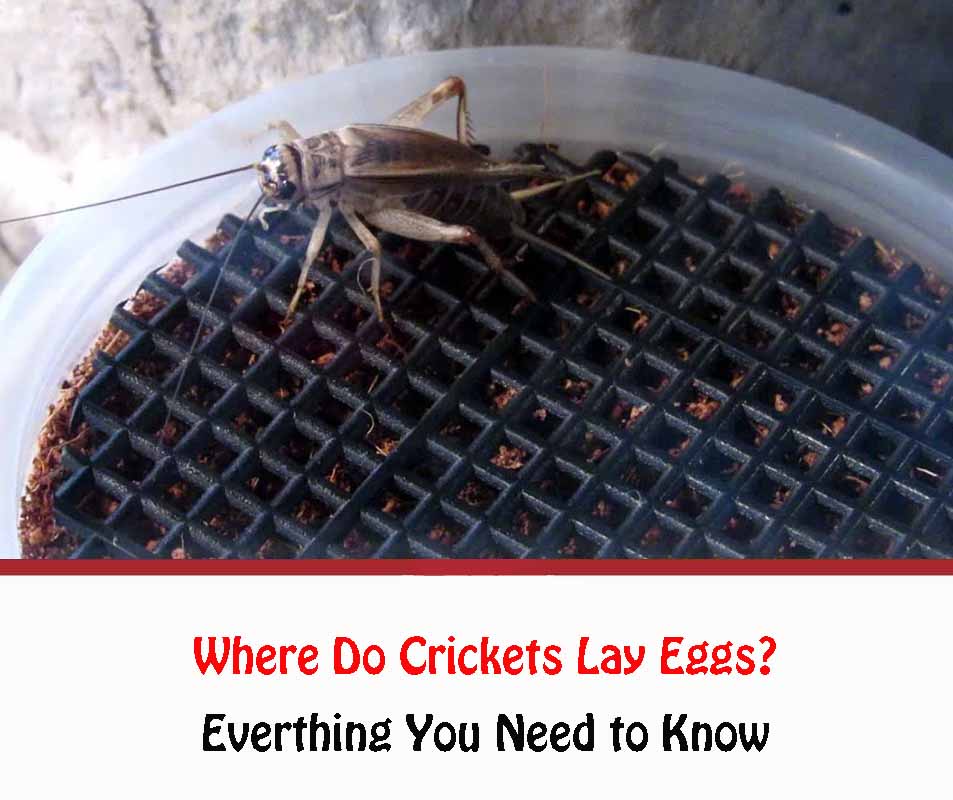 No matter how much a chirping cricket annoys you, crickets simply play music for one another, which salvage your locality and families. You may even want to breed crickets in your home. Breeding crickets is easy, as long as you find an accommodating environment for them to start breeding right away. Crickets breed well in stable temperatures, which is around 75 degrees F. You may be curious about where these crickets lay eggs?

Where Do Crickets Lay Eggs?

Crickets prefer to lay eggs in well-insulated homes and offices, which offer a temperature of 75 to 90 degrees F. Female crickets, also find a suitable location to hide their eggs from male crickets that may destroy them. Once laid, these eggs are continually relocated to other egg-laying locations. Female crickets scout for new locations every week to increase the survival chances of these eggs. The chance of survival of these eggs depends on their mother’s ability to hide them safely.

Once you know the locations where these crickets are likely to lay eggs, you can prevent them in and around your home. Most crickets lay eggs indoors. They also find egg-laying locations, where they can easily find another male cricket close by to mate again.

After deciding, she may lay her eggs either within plant material or soil, which could be located indoors or outdoors. But most female crickets prefer indoor locations for egg-laying since it offers necessary protection and warmth for eggs. After laying them, the female continually shifts the eggs to other locations until they hatch to protect them from adult crickets and other insects that could harm them. 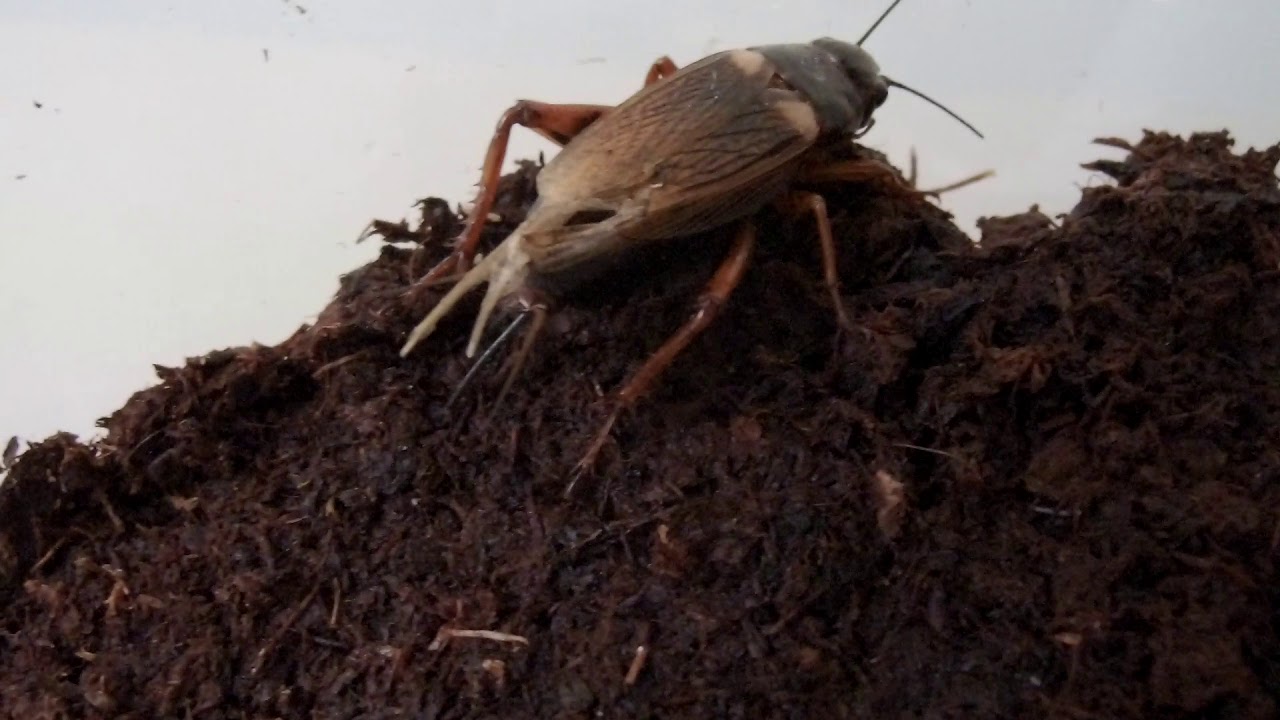 Cricket’s lifecycle consists of three stages that are egg, nymph, and adult. They live for two to three months and can live for up to six weeks beyond this lifespan. Crickets survive only in temperatures between 80 to 90 degrees F. Females use ovipositors, which are tube-like organs to deposit eggs in damp substrates. During her lifetime, a female cricket lays anywhere between 100 to 200 eggs.

Cricket’s life begins as an egg. An egg typically hatches after 14 days and develops into a nymph. A nymph then breaks out of the egg capsule and emerges out of the substrate.

Nymphs are mini versions of adult crickets. While adults are fully developed, nymphs lack wings, and female ones are without their ovipositors. They form prey for large crickets and insects.

Upon growing, the nymph sheds its hard exoskeleton over a series of molts, which occurs eight to ten times. The newly formed exoskeleton is of milky white color and soft, after which it hardens in a few hours. Nymphs grow their wings in about a month.

How Often Do Crickets Lay Eggs?

Females lay around five to ten eggs in a day, which makes an average of 7 eggs per day. Female crickets lay around 100 to 200 eggs in their entire lifespan of two to three months. These eggs hatch in 10 to 14 days. Male crickets make the call for mating by chirping, while females accept sperm and lay eggs after selecting their mating partner.

How Many Eggs Do Crickets Lay Daily? 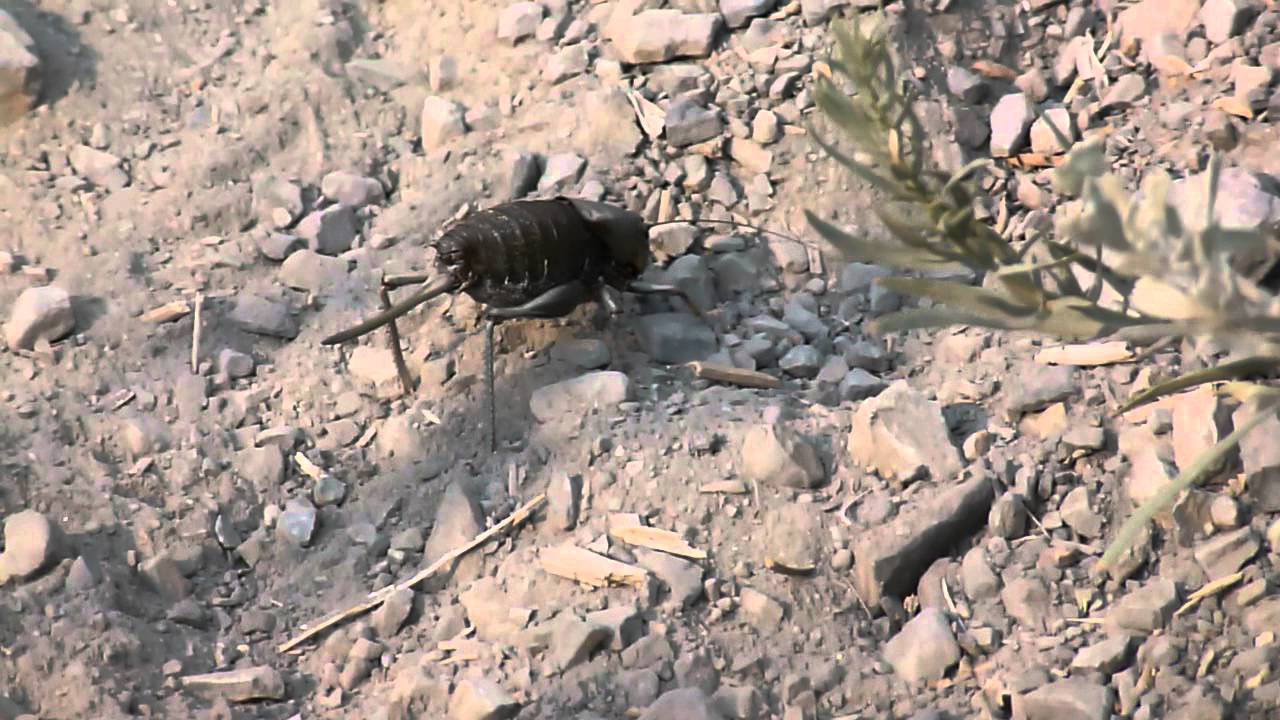 Feminine cricket lays concerning 5-10 eggs daily, for a complete of around a hundred in her life. This doesn’t mean they solely live 10-20 days, simply that they’ll disable till they reach a hundred, provide or take. Thus, ten females ought to provide you with one thousand baby crickets if you allow them to lay for ten days, right? Well, some females can inevitably die, and a few is also a lot or less prolific (not to say some eggs may not hatch, and a few babies can die also). The longer you let the feminine crickets lay eggs, the more eggs they will hatch.

How Long Does It Take For Cricket Eggs To Hatch?

Right before hatching, the top section of the cricket is seen. On the thirteenth day, the temperature is 86 degrees Fahrenheit. The eggs hatch and little hatchlings move out of the holes inside the lid on the same day. Try to open the lid, and you’ll see a crack. Leave the dish there itself until all the eggs get hatched. Before three or four days, they are competent in physical activity. They become mature enough sexually. An adult insect never loses. Until the mating is done, the female cricket won’t lay eggs. She begins parturition eggs (ovipositing) at 8-10 days previous and can lay batches of 50-100 eggs each 2-3 days over two months.

Male crickets participate in two activities for female crickets to lay eggs. They are eating and mating.

Where Do Crickets Live?

The most favorable temperature for crickets is 80 to 90 F. You can find crickets in most continents except Antarctica. These crickets are nocturnal and chirp all through the night. They live in grasslands, swamps, meadows, under rocks, trees, bushes, and forests.

When it rains, crickets hide in the dry crack or under rocks. They may even dig an underground hole and hide there, or you may find them below tree roots, under big leaves, or in small caves. They even jump inside buildings, safe spots, or under roofs.
During low temperatures, crickets may chirp and mate or start to hibernate. But if the temperature continues to be low for long, then crickets may soon die. They need a suitable temperature for maintaining their metabolism and proper functioning.

Also Read: How To Get Rid Of Crickets Naturally

Other Details About Where the Crickets Lay Their Eggs

Before choosing the male’s sperm, a female cricket may mate with a lot of male crickets. After making this selection, she will lay the eggs in the soil, which might be inside or outside. But, as previously said, most female crickets like to lay their eggs inside since the indoors can provide them with the security and warmth for the eggs.

The female crickets will keep or lay their eggs in some locations that she has chosen, and their eggs are likely to be moved to other places several times before hatching. Adult crickets and other pests are unable to damage the eggs.

BugsCricketspests
Previous Post What Do Centipedes Hate?
Next Post How to Get Rid of Tiny Ants In The Kitchen Naturally