Menu
Home > Pests > Bugs > Why Do Camel Crickets Jump At You? 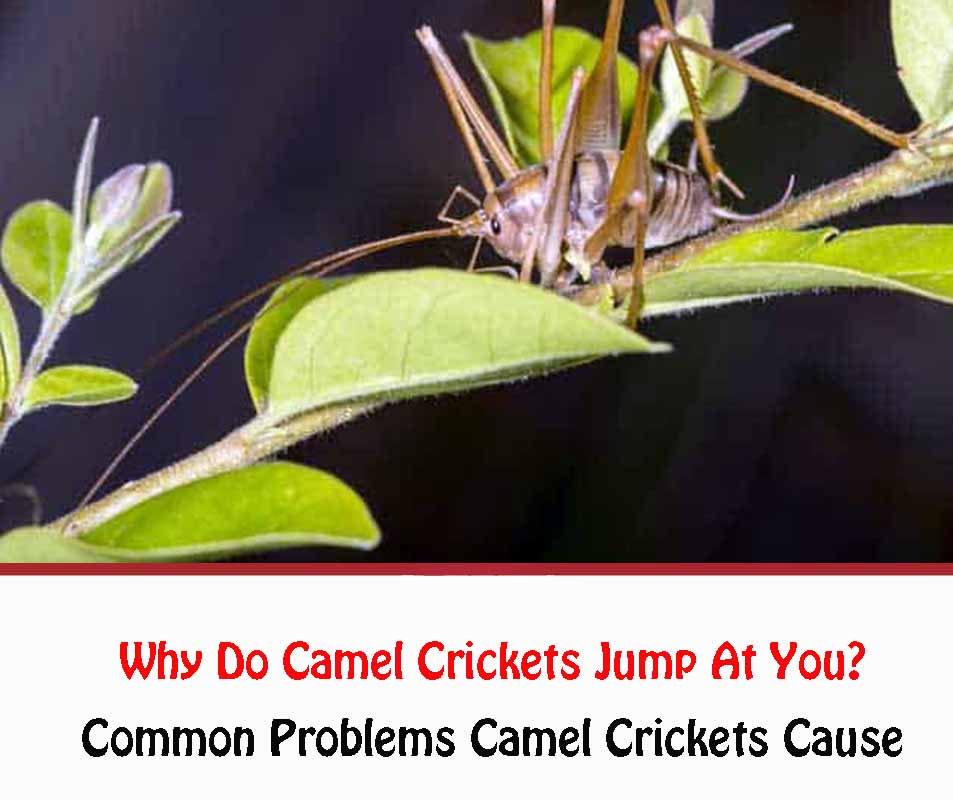 Camel crickets are a species of cricket that make you extremely bothersome when they just jump at you. These crickets will jump at humans and even pets, despite the fact that they are not known for biting or transmitting the diseases. And this behavior may cause people to lose their balance and then fall down, resulting in injuries.

Why do the camel crickets jump at you?

Camel crickets use caves as their natural habitat. Due to the darkness in their caves, they don’t have good eyesight. Camel crickets’ vision is so poor that they can’t know the difference between a predator and someone who isn’t a threat. To stop taking any risks, these animals have evolved a natural defensive system to jump towards the approaching creature.

Jumping normally operates in their natural habitat, and then the predator may flinch, expecting a threat from the camel crickets. Camel crickets begin to make their habitat on the households and properties. The camel crickets don’t have any cost by jumping into the potentially dangerous creature, but it may save their life if the creatures are predators.

How to Identify camel crickets 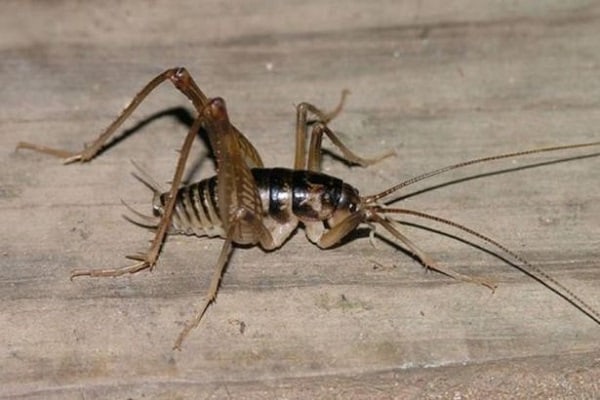 The camel crickets are similar to spiders, but there are obvious traits to identify them easily. Camel crickets, like most other species, have six legs rather than the eight that a spider has. Their legs are long and thin. Moreover, they have a knee joint above their bodies. And their back legs are particularly long and are similar to the cricket legs.

The color of camel crickets is commonly from light to dark brown. They have dark bands on some parts of their body with two long antennae that range in size from 1/2 inch to 1 1/2 inch.

Their backs are humpbacked, that is like a camel, so it is easy to identify.

Why Do you Have the Camel Crickets In your House?

Camel crickets are nocturnal creatures that are most active at night. They love to live in any area with a lot of moisture and humidity. Garbage containers, wood leftovers, long and dark grass can lure them. Attics, Basements, and garages are the most places to find them. The camel crickets are very tough, and they can bite through a variety of household products. They like chewing trash, walls, wooden floor, or carpets. If they gain access to your home, they may do significant harm.

Problems Caused By the Camel Crickets

They can do many things you can’t imagine if the camel crickets get into your house.

What do camel crickets eat?

Wood, fungus, cardboard, carpet, and other pests are eaten by the camel crickets. Camel crickets are also called “spider crickets” because of their appearance and long legs.

How high can crickets jump?

A lot of people don’t like this kind of pests. They have the appearance of spiders and leap on you at a fast rate. They’re also impressive insects. If you get too close to them, they can protect themselves by jumping at you. Camel crickets will leap up to three feet high and three feet long. They will shock you from long distances even though you don’t see them.

How long do camel crickets live?

Camel crickets in their earlier stages are similar to their older counterparts, but they are very smaller.

It is unlikely that the camel cricket would lay their eggs inside if the infestation has happened indoors.

Camel crickets that want to lay their eggs will seek humid, dark, and warm environments for laying eggs.

If you have a camel cricket infestation in your house, it shows that you have a moisture problem.

Camel crickets have a one to two-year life cycle.

And they tend to congregate, which increases their ability to inflict damage to the infested places.

Where do Camel crickets come from?

Camel crickets have become more well-known for infesting dark and moist parts of the house, much like other pest populations.

Camel crickets can be seen in any damp area outside.

These pests can be found in piles of stores or wood, holes in the ground, caves, trees, weeds,  and tall grass.

If you find an infestation in your house, hiring a licensed pest control company could be the safest option. 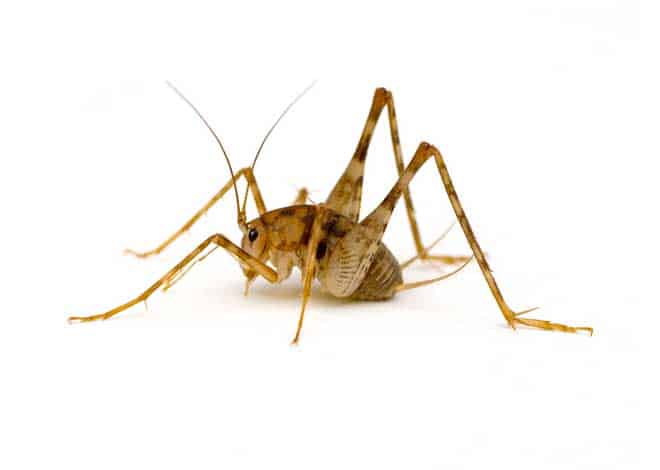 Though camel crickets don’t have fangs, they have biting mouthpieces that can eat their prey.

Also Read: How To Get Rid Of Spider Crickets Naturally

How to Eliminate Camel Crickets Naturally 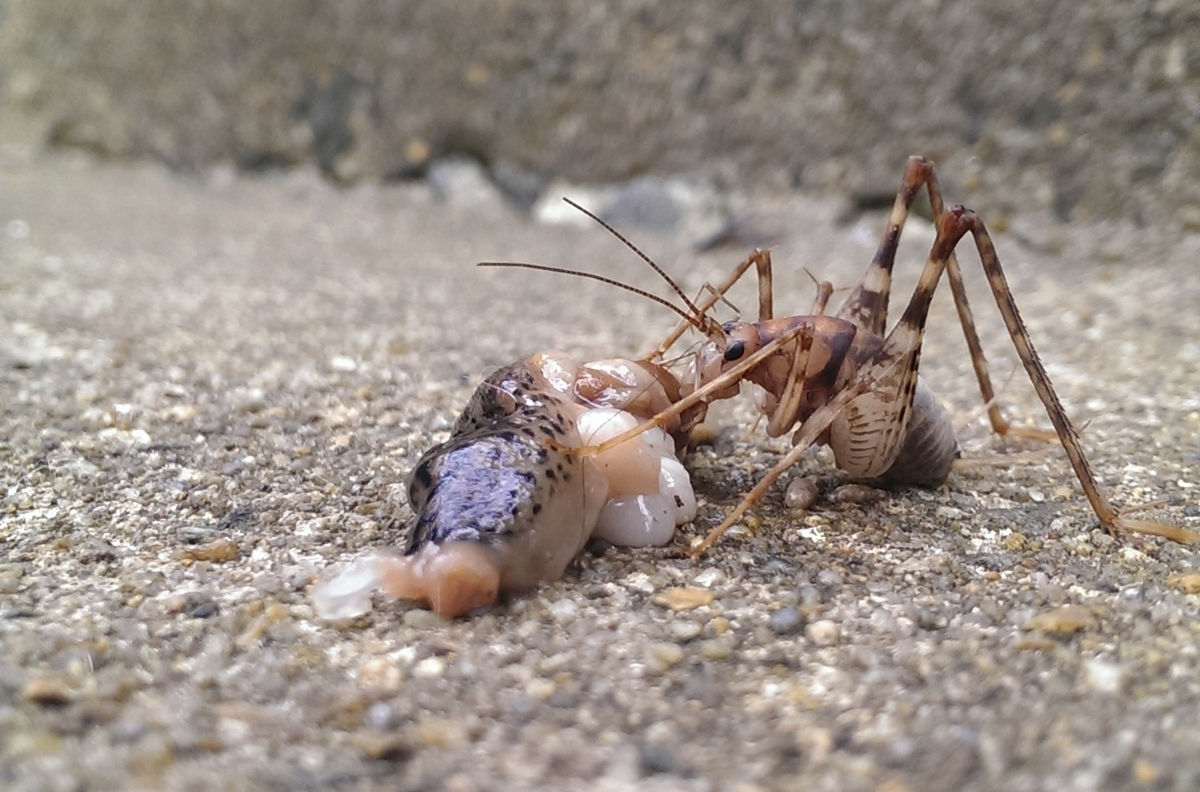 If you encounter camel crickets in your house, it is easy to get rid of them naturally. Repellents can be relatively cheap and trouble-free for resourceful homeowners.